When the producers of Harry Potter and the Deathly Hallows announced they would split the final chapter of Harry’s saga into two movies, we all knew it was a blatant attempt to wring a little more money out of the franchise. For the most part, the last two Harry Potter movies worked… the book provided enough material to sustain the conflict over that much screen time.

Suzanne Collins’ Mockingjay, though, didn’t. And part 1 of the final chapter of the Hunger Games trilogy suffers for it. 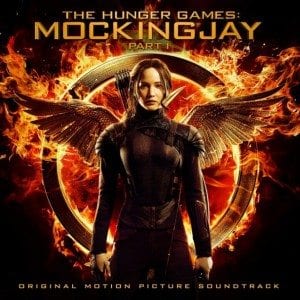 I wanted to like this movie, I really did. I wanted to like it because the second Hunger Games movie was even better than the first, so I was hoping this movie would keep that train running and show me something great.

But it slogs. Long stretches of scenes with too much dialogue, too much lingering. Early on, there’s a scene where a plane takes off, and the camera follows a man walking back across the runway to close the bay door after it leaves. This is five seconds of screen time that could have easily been cut out. Maybe that seems nit-picky, but it just another example of how this movie drags.

Movies need to be tight, fast-paced, and full of tension. Especially a movie like this, which purports to be an action movie. There are maybe three action set pieces in the whole film, then the rest of it is just talking, talking, talking, Katniss looking longingly at video screens of her beloved Peeta, blah blah blah.

The movie did do a couple of things right, though. As always, Jennifer Lawrence is spot-on and fun to watch. The political subtext about propaganda and class warfare is thematically subtle and clever, while still getting the point across.

But if you like dystopia, all the tropes are here: the cities turned to rubble, the monochromatic uniforms of the common people, the faceless military members, the inspirational speeches to rise up against the Man.

My advice: wait until part 2 comes out, and Netflix this one the day before it does. You don’t need to spend your money seeing this on the big screen.