My Last Syllabus Week Ever. 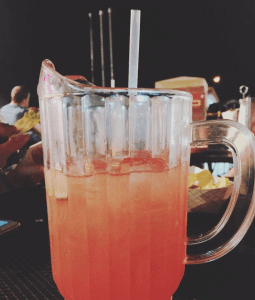 Students in college love to capitalize on slacking off the first week of school which is known as syllabus week. Though this actually isn’t true, we love to think that because it’s the first week of school, our professors won’t give us any homework. As a senior, it made me a little emotional to think that this was my last syllabus week ever. It was the last time it is considered acceptable to go out and party every night without really having any consequences. It is also one of the liveliest weeks of the year because everyone is out and doing things together. It is a time for you to finally be reunited with your best friends after a long summer of being apart. It is a time to go to new places that you’ve always wanted to try out. It is a time to make your final memories in college. Now as a senior, everything I do I have the mindset that this is going to be the last time to do this particular thing. That is honestly heartbreaking to admit. I think what I am going to miss most about not having another sylly week is the fact that after this year, everyone is going to go their separate ways and there isn’t going to be another school year to bring us all back together at the end of the summer.

Lily Lemire
Lily is a senior at the University of Colorado at Boulder and will be graduating with a Bachelor of Arts in Film Studies along with a certificate in Business. She is originally from Scarborough, Maine, but decided to venture to Colorado for it's beauty and to get back in touch with her birth place which is Boulder. She is a Film Studies major because she is very interested in the behind the scenes of what goes into making a film. Not only that, but her favourite hobby in the world is to watch movies. She recently went abroad to Sydney, Australia to get a taste of a different culture. While being there, she learned to not take life too seriously, and to slow things down. The Australian lifestyle can really teach a person how to be chill. You can find Lily at the movies, hanging on Pearl Street having a beer with friends, or at the breathtaking lookout of Flagstaff enjoying the view.
See More Articles From Lily Lemire
Tagged: CULasttimeseniorSyllabusweek