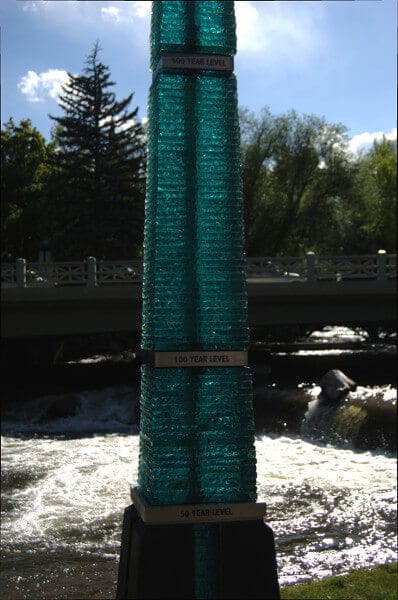 Conditioning, in the Ivan Pavlov sense, is a strange thing. As people we’re able to think our way in or out of most anything, yet we’re no less subject to the process.

This was on display last weekend at the annual Boulder Creek Festival, which saw the return of the Rubber Duck Race. If unfamiliar, here’s the score: literally thousands of caution-yellow rubber ducks are released into Boulder Creek en masse; the first to cross the finish line is the champ, and the “sponsor” of that duck wins a grand prize. It’s a quirky but fun tradition, and all proceeds go to the EXPAND program. Win-win.

Due to lingering debris from the 2013 floods, last year’s race was relegated to an inflatable pool, winners plucked like some carnival game, which was as anticlimactic as it sounds. So then, this year was something of a squeaky return to glory. The crowd—of kids and adults alike—was electric when the ducks took their plunge. Everyone smiled and cheered. It was like old times, pre-floods.

The thing about old times, though, is that they’re easier remembered than recaptured. At the finish line, where volunteers normally wade in to corral the rubber fowl, no one was allowed. The water was too high, running too fast from weeks of unusually heavy and persistent rain. The result: entire flocks slipped away. 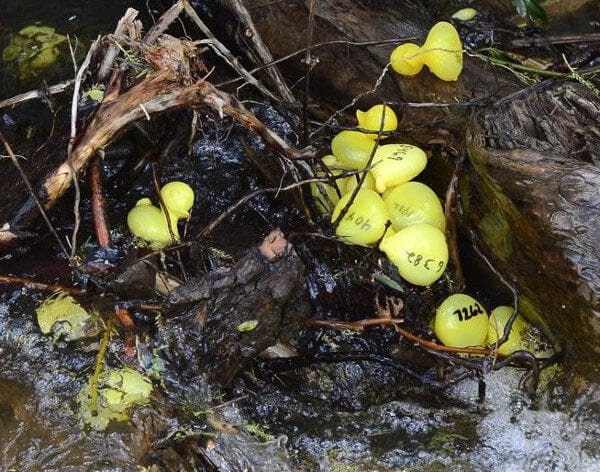 There’s something oddly beautiful about the image of duckies making their way downstream—all numbered to identify their sponsors. You can imagine it making a kid’s day somewhere out east, for no other reason than the strangeness.

That kid could live in a city still reeling from the 2013 floods, just as similar kids in Lyons or other foothill communities. Progress has been made, but in many cases far more is needed to get back to original shape. They’re rebuilding houses and bridges and trails as much as trust that it was a fluke. 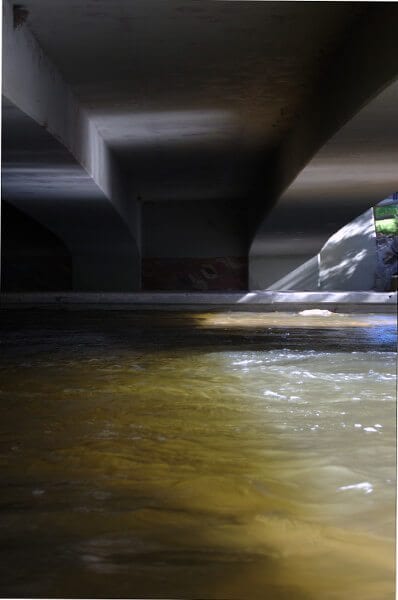 Since September 2013, routine comes with an asterisk. In an increasingly dry West it’s hard to complain about abundant moisture, as we’ve had lately. At the same time, many can’t help flinching as day after day comes with more rain and clouds. An event like the Duck Race is entertaining, even affirming in its return, yet those duckies escape because the creek is too dangerous to enter, less predictable since the floods.

We’re adept at conditioning, at adaptation, because we have to be. Sometimes that’s in the form of laughing at a weekend festival, sometimes in a twinge at seeing Boulder Creek again rise to the top of its banks. There’s something as gloomy as funny in those ducks escaping eastward, found days later by professionals in kayaks. It’s familiar and not, like old times and not. We live with those asterisks. And with our past as prologue, looking backward as much as forward, here’s to the next chapter of adaptation coming with more smiles than flinches. Either way, we’ll condition ourselves to it. 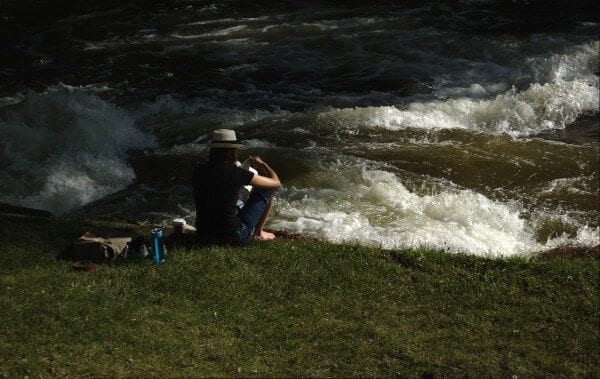