Often, the significance of an event isn’t clear until after it’s passed. Everyone can recall an example in his or her own life. Sports, of course, are no exception. And since September is in full swing, that means football, which brings to mind a particularly odd example. 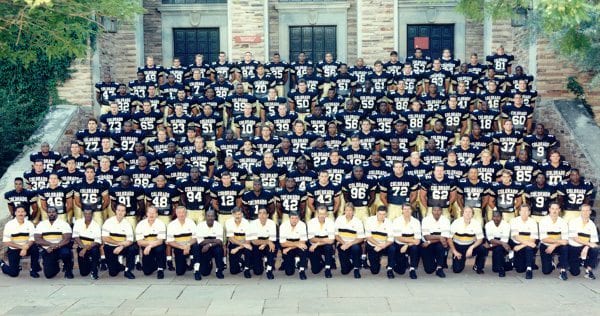 It’s October 6, 1990. The CU Buffs had a record of three wins, one loss, and one tie; their opponent, the University of Missouri Tigers, had a record of two wins and two losses. Nearly 47,000 fans packed Faurot Field in Columbia, Missouri to watch the rivals battle it out. Both teams played hard, and Missouri lead 31-27 when CU took possession with less than three minutes to go. Everything came down to whether or not the Buffs, led by backup quarterback Charles Johnson, could drive the field.

At forty seconds left, with CU in sight of the goal line, Charles Johnson spiked the ball on first down, halting the clock. On second down, Missouri’s defense stopped running back Eric Bieniemy short of a touchdown. The Buffs took their last timeout with eighteen seconds to go. 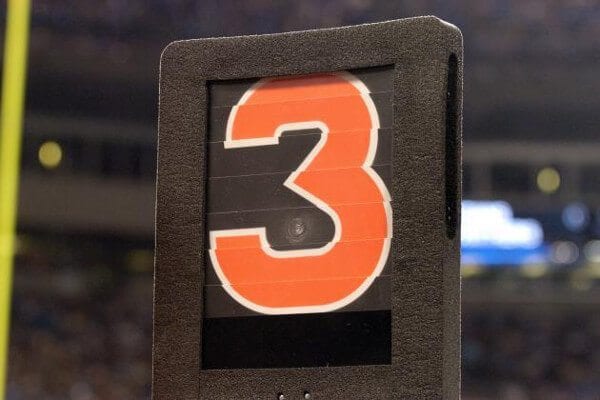 Here, it’s worth reviewing football logistics. At the beginning of a team’s possession, markers show first down; at the end of each play, that marker is manually changed to reflect the progression of downs. If an offense can’t gain ten yards in four downs, possession is given to the opposing team.

In this game, however, somewhere between CU’s failed attempt and taking their final timeout, that marker wasn’t changed. What should’ve been third down still showed as second down. 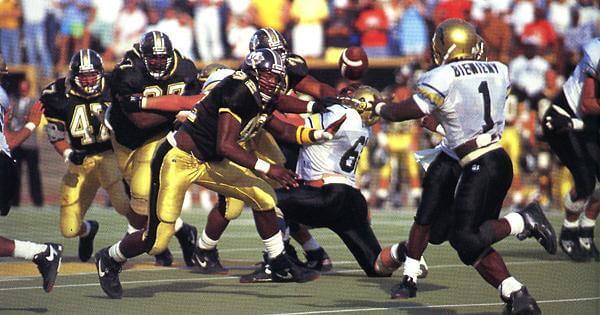 Bieniemy was given another chance, and was again stopped. Once everyone untangled and took position, Johnson spiked the ball, leaving two seconds on the clock. After that stoppage, he plowed headfirst into a wall of players for a touchdown, on what was essentially a fifth down.

Immediately, the officials realized their mistake. With both teams and thousands of fans looking on, referee J.C. Louderback and his crew conferenced for twenty minutes. In the end, they upheld the touchdown and CU won 33-31 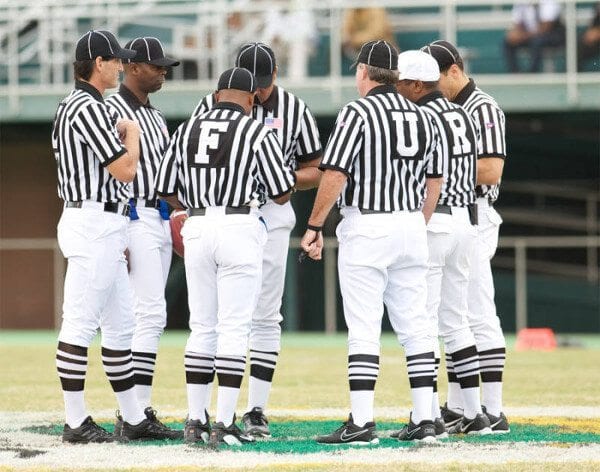 Needless to say, this was controversial. And it proved to have interesting ramifications.

The Buffs went on to an 11-1-1 record, capped by defeating Notre Dame in the Orange Bowl. The Georgia Tech Yellow Jackets, meanwhile, ended their season at 11-0-1. At that time, rankings were determined by a combination of the Associated Press Poll and the American Football Coaches Association Poll. It was those same polls that determined the overall national champion.

And that’s where the CU-Missouri debacle came in. After bowl games were completed, the AP Poll listed CU as national champs, while the Coaches Poll put Georgia Tech on top. With no tiebreaker available, the two schools officially shared the title. 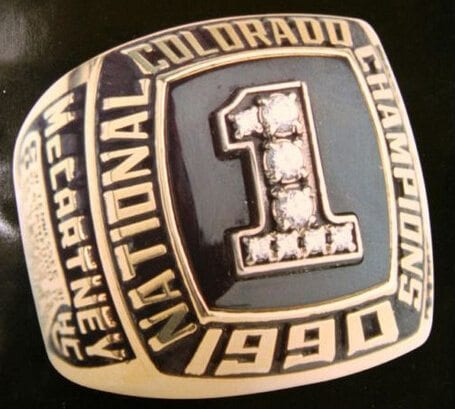 Within seven years, two more co-championships occurred. That, among other issues, led the NCAA to institute the Bowl Championship Series in 1998, which aggregated AP and Coaches Polls, integrated that with complex algorithms, and spat out both rankings and national champions.

Longer term, the game had another effect. The Buffs were not only given an extra down, but whether or not the final play resulted in a score is debatable.

On the TV broadcast, camera angles told conflicting tales—some showing a touchdown, others showing Charles Johnson stopped short. To that point, TV was a spectator, but the mistake by officials in the CU-Missouri contest made clear viewers had information those on the field didn’t. The game’s outcome was a strong case for something to be done. Many similar instances followed, and finally, in 2006, the NCAA integrated replay into games while in-progress.

Though changes to the ranking system and inclusion of replay didn’t result directly from the Fifth Down game, it argued for both. And the rest is history. 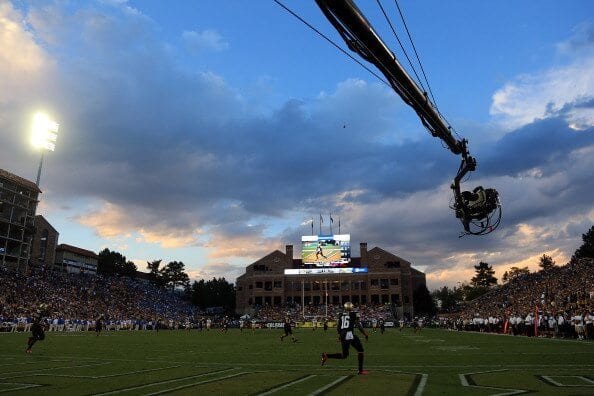 Technology has played an increasingly important role since—coaches make real-time assessments using tablet computers, plays and players are minutely quantified. TV broadcasting took on more weight, to the point that, today, those myriad camera angles and replays viewers see at home are the same officials use to confirm or overturn on-field calls. With college football continuing to grow in popularity, only time can tell which games, errors, and innovations will ultimately prove catalysts for further changes to come. Stay tuned.