The First Casualty Of War 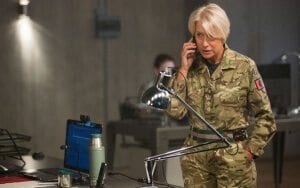 In December of 2013, a wedding was scheduled in Yemen. This was not unusual and, with the exception of those participating, not particularly noteworthy. On December 13, the day of the wedding, a convoy consisting of approximately 60 people traveled from the home of the groom to a neighboring village where the bride lived.

According to intelligence reports, some of the members of the convoy were believed to be al-Quaeda militants. A decision was made. By who, we do not know. Regardless, a U.S. drone attacked the convoy, and 4 of the 11 vehicles were targeted. 2 vehicles were utterly destroyed. 22 people were injured. 14 people were killed. Among the dead were two tribal leaders and a father of seven children. It was determined that none of the people in the convoy were actually militants. It bears mentioning that this event took place months after President Obama mentioned that before a drone strike is executed, “there must be near-certainty that no civilians will be killed or injured-the highest standard that we can set.”

Obviously, to use bloodless diplomatic language, this was a mistake. But before we start screaming for accountability,* we must consider another aspect. Drone warfare revolves around the concept of surgical strikes. Theoretically, we’re able to covertly determine the location of “bad guys,” and take them out while both minimizing collateral damage and preventing harm to service personnel. Sounds pretty swell, right? Yes, but a number of harrowing decisions must be made during the process, and made quickly. Gavin Hood’s newest film, Eye in the Sky, examines those decisions and the people making them.

The stage is set when a  terrorist group in Nairobi successfully pulls off a bombing in a mall. They learn a spy is in their midst and execute him.  The spy was working for the British and had been feeding them valuable intelligence. They learn that three internationally wanted terrorists are working with this network. Two of them are English expatriates and the third is an American. These three will be attending a meeting at a certain house in Nairobi.

British Colonel Katherine Powell (Helen Mirren) is initially tasked with taking them alive. Her supervisor, General Frank Benson (Alan Rickman), is monitoring the situation at Whitehall and has her back. Located at an Army base in Sussex, she’s coordinating the mission with the Kenyan military, who are meant to move in and conduct the capture. She’s also working with the U.S. Air Force, who have sent an armed drone to take high-resolution footage as events unfold. The drone is piloted by Second Lieutenant Steve Watts, and he’s assisted by Senior Airman Carrie Gershon, both of them located in a small metal building at a Las Vegas military base.

There’s an old saying that, “No battle plan survives contact with the enemy,” The plan changes when the terrorists move to another house in Nairobi, located in a densely populated area where the Kenyan military can’t move in. It changes again when Jama Farah (Barkhad Abdi), a spy working for the Brits, uses a remote-controlled camera designed to be the size and shape of a beetle,** in order to view what’s going on inside the house. The camera feed shows them that suicide vests are being assembled, and a massive attack seems imminent, which means the mission has changed from capture to kill. The plan changes yet again when Alia (Aisha Takow), an impossibly cute civilian girl, sets up a stand and starts selling bread right in front of the house. The situation has transformed into a word that rhymes with “clusterduck.”

As things change, the officers and officials involved are faced with awful moral quandaries. Is it acceptable for the military to kill one of their countrymen without a trial? Is it acceptable for an innocent civilian to be killed as collateral damage in a drone attack when the people targeted could only hypothetically kill dozens more? Are you better off explaining on television that a little girl had to die in order to stop an imminent attack, or do you explain that you knew of an attack beforehand and did nothing to save one life? They’re all terrible choices and most of the politicians and military refer up to ask their superiors for guidance. All the while, the clock is ticking.

Eye in the Sky is a kind of movie we don’t see much of, the Ethical Thriller. Yes, we have characters concerned with covering their asses. Along with that are the same characters grappling with what the right thing to do is. Just about everybody in this film has a valid point of view, and nobody is fully good or evil. There’s even a scene where terrorists take the time to help someone, which is kind of incredible. I should also point out that Americans don’t come off so wonderfully here. The U.S. Secretary of State is asked to weigh in while visiting a Chinese ping-pong tournament. He immediately agrees to the attack, then offers a look saying, What the hell is wrong with the British? There’s also an American legal analyst who helpfully offers a “point system” used to calculate when civilian deaths are justified to neutralize a greater threat. Her analysis is bloodless and, I suspect, far too commonplace.

Director Gavin Hood, who shot the film in his native country of South Africa, along with screenwriter Guy Hibbert, does an outstanding job of balancing plot with character in a believable way. Hood wasted his time with Hollywood nonsense like X-Men Origins: Wolverine, when he should have been making smart films like this all along. He includes great little details, like Helen Mirren’s snoring husband, that tell us who these people are organically. They’re all three-dimensional, and after the horror show of Batman v. Superman, that’s a welcome palate cleanser.

Uniformly, the cast does fine work. Aaron Paul’s anguished drone pilot is terrific. Barkhad Abdi, best known from Captain Phillips, is wonderful as an undercover operative under pressure. But Helen Mirren and Alan Rickman stand out, as expected. Mirren is genetically incapable of giving a bad performance. As Powell, she’s steely, determined, and intimidating. A lesser actor would go for a more traditionally heroic performance, but not Mirren. Watch her mounting frustration as her superiors dither, or the scene where she pressures a subordinate to possibly cross into a moral gray area. She’s perfect.

And as for Rickman…God, it’s awful knowing this is the last film we’ll see him in. All of his hallmarks as an actor are on display. The intelligence, the bone-dry sarcasm, the humanity. He delivers a monologue on the costs of war that’s amazing, and he makes it look so easy. I can imagine other actors in this role, but Rickman inhabits the role in such a particular way that I can’t imagine anyone else performing it quite so well. Given that this was his last film, he went out on a high note.

Exactly one week ago, two drone strikes took place in Yemen. One attack killed 8 men, the other killed 14. Were the strikes worth it? Did they categorically make the world a better place? I hope so, and I hope the people involved every step of the way consider the costs as thoughtfully as Eye in the Sky does.

**It floored me to learn that cameras the size of birds and insects are nearly a real thing. The only aspect that hasn’t been cracked is battery life, but it’s only a matter of time.

Tim Brennan
Tim has been alarmingly enthusiastic about movies ever since childhood. He grew up in Boulder and, foolishly, left Colorado to study Communications in Washington State. Making matters worse, he moved to Connecticut after meeting his too-good-for-him wife. Drawn by the Rockies and a mild climate, he triumphantly returned and settled down back in Boulder County. He's written numerous screenplays, loves hiking, and embarrassed himself in front of Samuel L. Jackson. True story.
See More Articles From Tim Brennan
Tagged: aaron paulaisha takowalan rickmanbarkhad abdigavin hoodguy hibberthelen mirreniain glenphoebe fox
Boulder Colorado Air Quality