Home » Blog » Health & Wellbeing » The Loss of Everything You Know

The Loss of Everything You Know 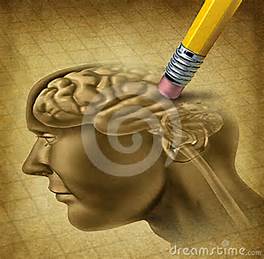 My mother has dementia. When I talk to her it is like talking to a pre-school age child — stream of consciousness-style ramblings of reality mixed with fantasy. It is disturbing to compare this woman to the person my mother was before dementia.  She was smart, witty, and quite opinionated.  She was a modern woman who was still quite old-fashioned; a unique woman for her generation.

Dementia is not a disease, but rather a group of symptoms caused by other conditions.  Dementia causes problems with thinking, memory, and reasoning, happening when the parts of the brain used for learning, memory, decision making, and language are damaged. Alzheimer’s disease is the most common cause of dementia. According to WebMD, between 60% and 80% of people with dementia have Alzheimer’s.

My mother has vascular dementia, which is characterized as “a significant change in cognition (memory and thinking) and behavior from damage to the brain from vascular disease – problems with the blood flow to the brain”. It is one of the most common forms of dementia.

The symptoms of dementia happen in stages.  In the first stage,  you may notice a loss of memory for recent events, lost items, getting lost in familiar places. The second stage is marked by the loss of abstract thought, the ability to plan and executing complex tasks.  Stage 3 is marked by difficulty naming common items.  For example, where is the thing for sweeping, instead of broom.  In the final stage, inhibition is very low.  You may notice inappropriate behavior, impulsiveness or comments made “without a filter”.

For the dementia patient, these problems are often quite frustrating. The frustrations can lead to the patient becoming irritable or demanding, as well as resentful because they can’t do things they have always done. Dementia can also produce a degree of paranoia. For example, the patient may attribute the disappearance of mislaid items to someone stealing possessions or money. The blog Senior Living, offers some suggestions for dealing with a loved one who has dementia.

If your loved one is confused about where they are and why, do respond to questions. Simple explanations along with photos and other tangible reminders can help.

Unfounded accusations, unexplained hoarding or stockpiling and repetition of statements or tasks are signs of the brain cell deterioration that contribute to delusions or untrue beliefs. Do be encouraging and reassuring if you’re seeing these changes happen. Also, you can often minimize frustration and embarrassment by offering help.

Andrea Groth
Andrea wants to live in a world where the neighborhoods are walkable, bike lanes are plentiful, and the food is fresh, delicious and readily available. A 20-year veteran of the health and wellness industry, she started her career in the fitness industry while earning a master’s degree in Exercise Science and Health Promotion, and then on to the burgeoning field of worksite wellness. Andrea has competed in collegiate level soccer, worked as a personal trainer, fitness instructor, wellness coach, and master trainer, climbed 14ers, and completed cycling centuries and metric centuries. All of these experiences give her the opportunity to view well-being from many different perspectives. When she’s not helping others to be their healthiest self, you can find her at a farm to table restaurant, down dogging at the yoga studio, or experiencing the Colorado landscape on a bicycle, snowshoes, cross country skis or on foot.
Tagged: About Boulderaginghealth