Welcome To The Bullet Ballet 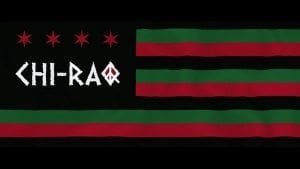 The last day of Tyshawn Lee’s life was November 2, a little over a month ago. His father was a gang member, and he was involved in a beef with a rival gang. It’s unclear to what extent Tyshawn understood this. Odds are, he just cared about the regular things kids care about, like basketball. He was 9 years old.

On November 2 of this year, Tyshawn left the home of his grandmother, in broad daylight, and was on the way to a park down the street to shoot some hoops. He was lured into an alley by gang bangers and, in retaliation for a shooting by his father’s gang, he was murdered. According to the autopsy performed later, Tyshawn was shot in the face, his arm, and his upper back. Part of his thumb was blown off, a defensive wound that was the result of his trying to block a gunshot. It bears repeating that he was 9 years old, a year older than my own son.

While Tyshawn’s life was unique, his death was not. He had the misfortune to be born in a country where deaths caused by firearms have reached absurd levels,* and our elected officials lack the intelligence, creativity, and will to put a stop to it. Reading that should piss you off. It pisses me off. Gun violence has severely pissed off Spike Lee, one of our greatest living directors, and he’s made the furiously funny Chi-raq as a response.

It’s based on the ancient Greek play Lysistrata by Aristophanes, which I assume you all have read. The play was written in 411 BC, and it involves the wily Lysistrata convincing the women of Greece to withhold sex from their men until the Peleponessian War is brought to an end. Everybody speaks in rhyming couplets, there’s bawdy humor, sex, violence, and it’s one of the earliest artistic works to focus on gender relations in a male-dominated society.

Lee, along with co-writer Kevin Willmott,** has updated things to the present day in the South Side of Chicago. That area is also known as “Chi-raq,” due to the massive levels of violence.*** There are still people speaking in rhyming couplets (“The red wine has been drunk! The plan has been strunk!” God, I love that.), bawdy humor, sex, and violence. Dolmedes (Samuel L. Jackson) is our omniscient narrator, dressed in a rainbow of dazzling suits and wielding wit that’s more cutting than any sword.

He guides us to Lysistrata (Teyonah Parris), a woman of fierce intelligence and blazing beauty. Her man is Demetrius (Nick Cannon), a gang banger and rapper who goes by the nickname Chi-raq. He’s the leader of the purple-clad Spartans gang, and they’ve fought for years against the orange-clad Trojans and their leader Cyclops (Wesley Snipes). At a live rap show, Demetrius taunts Cyclops, and gunfire breaks out. Soon after, an 11-year-old girl is accidentally slain in another shootout. Next, Demetrius and Lysistrata are made homeless when Cyclops attempts to kill his enemy through an act of arson.

While Demetrius plots revenge, Lysistrata moves into the home of Miss Helen (Angela Bassett), a nonviolence advocate and neighborhood oracle. The two women talk. They’ve had enough of the violence, but Lysistrata has a plan. She begins by urging every woman involved with a gang member to deny them sex, and to only restore “privileges” when the warring gangs sign a peace treaty. Her movement catches fire, spreading beyond the city out into the wider world, and soon all women have taken up arms, so to speak. Lysistrata soon raises an army that occupies the National Guard Armory, and the simmering tension begins to reach a boiling point.

The film is stuffed to the gills by talented actors in smaller supporting roles. Jennifer Hudson is the human face of loss as she plays the grieving mother of the murdered 11-year-old. Dave Chappelle, who’s been sorely missed, has a funny scene as the angry owner of a strip club. John Cusack is Father Corridan, the neighborhood priest. Cusack has an astonishing monologue he delivers at the funeral of the slain girl. Father Corridan touches on violence, systemic racism, and governmental indifference in a sermon that becomes a howl of rage. His voice grows hoarse, but it’s almost like a musical number that’s powered by evangelical elocution.

As Chi-raq, Nick Cannon does excellent work. It’s not that I thought Cannon was a lightweight before now, it’s that I didn’t pay any attention at all to him. But if Jennifer Hudson is the face of loss, Cannon is the face of unrestrained violence plaguing the streets. He’s swaggering, selfish, petty, and obsessed with being paid respect. Prior to this film, you may have seen Teyonah Parris in Mad Men or Dear White People. The role of Lysistrata is tricky, one that simultaneously creates a star and can only be played by someone who is a star. Parris jumps into the role wholeheartedly. Not only does she have the sensuality and charisma to make any man fall for her, but she has the steel and grit to lead an army.

It’s a bit of an understatement to call Spike Lee inconsistent. Do The Right Thing is one of the greatest films ever made. Malcolm X is a sprawling epic, and Inside Man is an impeccable thriller. But he’s also responsible for the entirely unnecessary remake of Oldboy, and the disappointing She Hate Me. With Spike, the trick is to get him emotionally involved in his project. He’s emotionally involved in Chi-raq, and his film swings wildly between bitter satire, lush musical numbers and real sincerity. It doesn’t always work, and the competing tones frequently slam into each other. But it doesn’t matter. Spike is taking massive risks by going this big, this theatrical. A joke won’t connect, or a point will be ham-fisted. Moments later, however, Spike performs a directorial miracle, and we cut him some slack. His cinematographer Matthew Libatique provides gorgeous cinematography, and Terence Blanchard’s score lifts everything and makes it soar. It all adds up to a film exploding with ambition and energy.

Does Chi-raq have the answers? The answers to a culture where macho insecurity is sexier than negotiation, where gun fetishization and rampant greed trumps communities coming together and having each others backs? No. It’s not Spike Lee’s job to come up with solutions. His job is to engage our imaginations and stimulate our minds. It’s up to us to be smart enough and strong enough to solve these problems. Because Tyshawn Lee’s blood is on our hands, whether we like it or not.

*Is this what we mean by American exceptionalism, that we’re exceptional at killing one another?