What is BB Cream?

Does anyone remember Butterfinger BB’s? They were endorsed by Bart Simpson in the ‘90s and they were delicious. They were bite sized Butterfinger mustket-esque looking balls. Mmmm… Butterfinger balls. 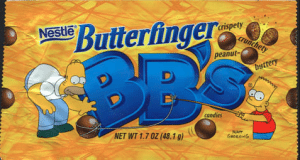 Clearly, I have etched them on my brain so they were the first thing I thought of when I started to hear about this “BB” business, immediately followed by “You’ll shoot your eye out.”

Have you heard about BB Creams? I feel like they came up out of nowhere and all of a sudden every major line of cosmetics has their own version to tout. Upon further investigation, they did come out of nowhere.

So, what are these BB creams?

They came about in the 1950s and ’60s. There was a physician gal in Germany who performed somewhat aggressive treatments on women’s skin — chemical peels, facial surgeries and the like. She noted her patients’ post-intervention skin, while on the road to beautiful, was a little raw and chewed upon looking. 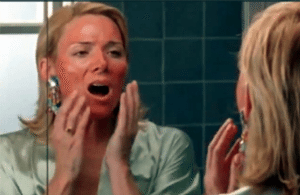 via Sex and The City screen shot

She worked to put together a topical formulation that could meet numerous needs with one quick application for her patients, rather than raking their new skin with product after product. Needs such as moisturization, camouflaging, protection, and color unification. 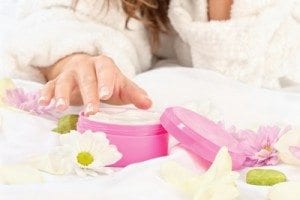 BB in Western parlance stands for “Beauty Balm.” In other markets, primarily in East Asia, BB stood for “Blemish Balm,” or “Blemish Base.”

Following their nascency in Europe, beauty manufacturers in Korea took note and improved upon the original recipe. Throughout the 1980s BB creams dominated skin care in Korea and Japan with only a recent cross over into Western makeup culture.

So what are BB creams? Well, they are neither threatening to your ocular health nor a flaky candy coated in chocolate, but they are harbingers of a streamlined morning makeup routine for all skin types, all skin hues. This can’t not apply to you and that is awesome.

Have any of you tried a BB cream? Let me know in the comments below what your thoughts are: miracle marvel, or calculated money grabbing scheme?