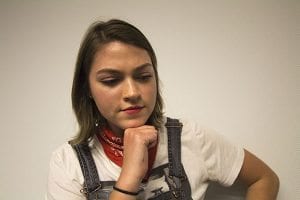 Meet Diana. She’s a CU Buff from Westminster, Colorado. After spending five weeks at the Savannah College of Art and Design in Georgia last summer, Diana decided she wanted to attend school somewhere close to home. The humidity alone was enough to send her back to Colorado. She told me she likes to visit home a couple of times every month so she can be with her family… and take advantage of the delicious home cooked meals of course. Diana is now studying to be a graphic designer. In fact, I caught up with her just after she’d finished designing a movie poster in class. 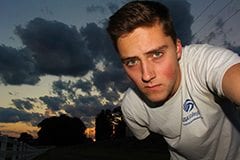 Matthew Hennigan
Matt is convinced that moving to Boulder to attend CU has been the best decision of his life. He fell in love with Colorado and discovered a new passion for snowboarding when he first visited the state in 2010. Matt is now a third year student studying technology, arts and media with hopes to turn his passion for photography into a career. You can find Matt behind the lens shooting for the CU Independent or on the court setting for CU Men’s Volleyball if he doesn’t run into you somewhere downtown. Upon graduating from CU, Matt plans to travel the globe as a photojournalist in hopes to quench his thirst for adventure.
See More Articles From Matthew Hennigan
Tagged: BioblogboulderbuffsColoradoCUcu buffsdesignFaces of Boulderpeople
Boulder Colorado Air Quality