Home › Uncategorized › Boulder Gets Set for the Super Bowl

Boulder Gets Set for the Super Bowl 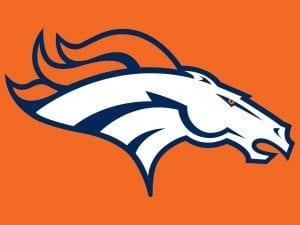 After a bye week that’s felt more like a bye month, the big game is now only a day away. Waiting for this game has been like waiting for Christmas all over again, only this time instead of watching our relatives stuff themselves with food, we’ll get to watch burly men tackle the stuffing out of each other.

Here in Boulder, the energy and excitement is palpable; orange and blue flags have been unfurled in homes and storefronts all over town, folks are proudly sporting their Broncos jerseys (under their winter coats, of course) and talk of Sunday’s game can be heard everywhere.

Even Governor Hickenlooper seems to have caught the spirit and has recently proclaimed that this Sunday, Colorado’s tallest peaks will be temporarily renamed after our home team players. (I’d say having a 14,000 foot tall mountain named after you isn’t too shabby at all, especially for a guy like 5’5” return specialist Trindon Holliday!) 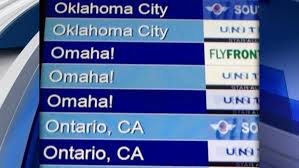 It’s safe to say that the folks here in Boulder, and Coloradans in general, are so excited for the game that despite this weekend’s absolutely perfect skiing conditions, the slopes will be fairly vacant this Sunday (except, perhaps, for the few disgruntled Patriots fans who can’t bear to watch Wes Welker help bring home a trophy for the Broncos).

To say the least, the Broncos have been an exciting team to watch this year. We were told so often by sportscasters this season that the Broncos had broken a new record, it was beginning to sound a bit like a broken record (pun intended)! Whether it was breaking the record for number of points, number of touchdowns, or Matt Prater kicking the longest field goal in NFL history, the Broncos pretty much threw the old record books right out the window this year.

And then there’s Mr. Denver himself, Peyton Manning, who at the tender age of 37, fresh off his fourth neck surgery, has been having the best season of his life, and arguably of any quarterback. Only time will tell if Manning and the No.1 offense in the NFL will be able to make fried chicken out of the Seahawks and perhaps the best defense they’ve ever faced.

Who knows, maybe if the Broncos win, Peyton will hook up the entire state of Colorado with free Papa John’s Pizza! 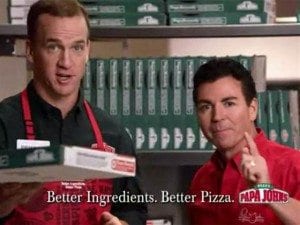 For those of you here in Boulder who plan to watch Sunday’s game, but don’t feel like having your house overrun by shouting football fans (or perhaps don’t own a television that’s huge enough to fully capture Richard Sherman’s ego) here are some fantastic local spots where you can go to enjoy the game:

Dickens Opera House will be hosting a Super Bowl party this weekend, which will also serve as a fundraiser for the Pro Swing Softball team. Visitors will be treated to an all-you-can-eat buffet and will be able to enjoy the game on a massive, thirty-foot movie screen!

Twisted Pine will be a great place to enjoy the game with some excellent craft beers and an even more excellent $10 per pitcher special for the big game.

One of the coolest dive bars in Boulder, the Dark Horse will have you covered on game day with plenty of HD big screens along with discounted drinks and burgers.

In true Boulder fashion, Shine Restaurant will be hosting a Super Bowl party inspired by the paleo diet, at which guests can try all sorts of different, healthy paleo dishes while enjoying the game.

Conor O’Neill’s is a fun Irish pub and will be a great place to cheer on the Broncos while enjoying a variety of  specials.

One of Boulder’s best sports bars, the Lazy Dog offers many different, affordable options for food and drinks and will be a terrific place to enjoy Sunday’s game. 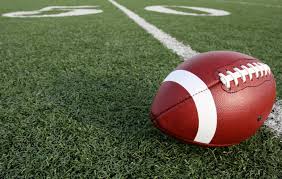 According to the Chinese calendar, the Year of the Horse has just begun, and I say it’s time to ride. Let’s go Broncos!