“Quinn Popcorn was started with a very simple mission. We wanted to clean up a classic snack. We dove in head first.” 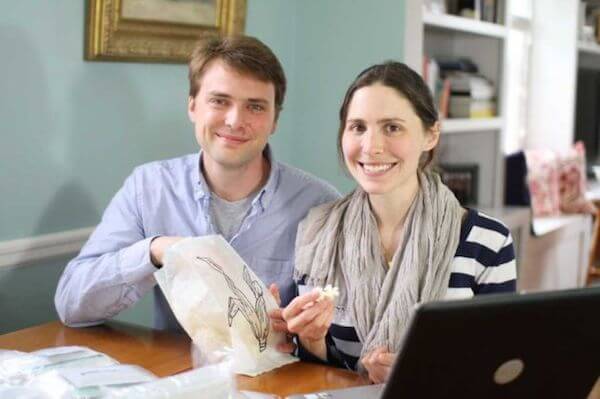 Over two years ago, just shortly after bringing a new born baby boy home from the hospital, Kristy Lewis and her husband Coulter decided to get started on another baby named Quinn. But this Quinn would be an edible, organic, non-GMO start-up natural food with a goal of changing popcorn for the better. Quinn Popcorn was born with the hope of to “cleaning up” a classic snack.

Popcorn is a classic snack isn’t it. Who doesn’t like a food you can shove in your face by the handful? I guess this can be done with a lot of food, but with popcorn it seems like this might actually be the correct protocol. And rather than strange, unknown ingredients in the face-stuffer snack, Kristy and Coult wanted to make the face-stuffer snack better for the body with a mission that also benefits the environment. They offer organic microwave popcorn in inventive flavors like Kale & Sea Salt and bagged pre-popped popcorn in creative flavors like Parmesan & Rosemary that are made with responsibly sourced ingredients. And when’s the last time we heard of corn doing any good? 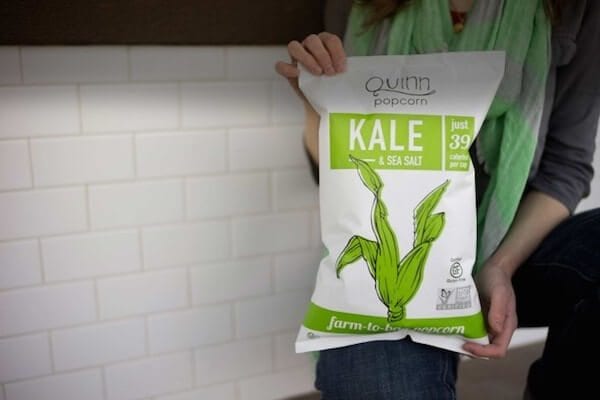 The couple first created the “microwave popcorn reinvented” with complete “transparency” for where their ingredients come from and what they are. I think we should know what is in our favorite face-stuffer snack too! And not unlike other natural foods start-ups, Quinn is built on a mission of improving health, and doing so with a small team of passionate, quirky, smart and hard-working individuals. But somewhat unlike other natural foods start-ups, they do admit to indulging in foods that are not always health foods, and don’t claim to be “activists” for purist healthy eating. That’s ok with me! 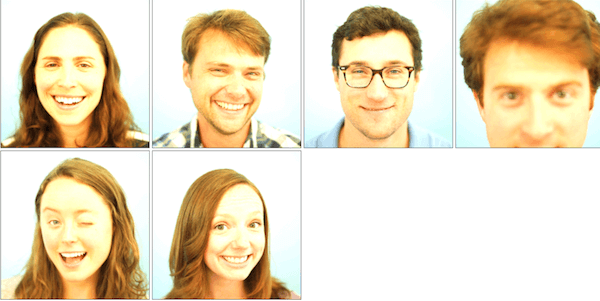 The small group of employees has an eye for design, a knack for a snack, and a hankering for progress. They run on the work of these 6 full time employees. They have no blondes, but still seem to do a fine job.

Other reasons why they are cool: 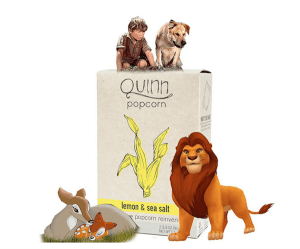