Home › Uncategorized › What time is it Boulder? NIST and the Atomic Clock

What time is it Boulder? NIST and the Atomic Clock

What is NIST, and why do they get such prime real estate on the west side of Broadway? Believe it or not, the National Institute of Standards and Technology, a branch of the US Department of Commerce, has been a contributing factor to the growth and importance of Boulder as a high tech community since 1952. 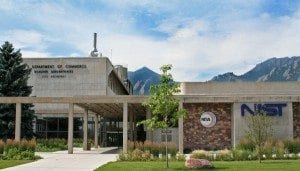 In 1949, the Secretary of Commerce Charles Sawyer announced the selection of Boulder as the site for the National Bureau of Standards (NBS) and Central Radio Propagation Laboratory (CRPL). This was right after the second world war and right before Korea. Military technology was pushing the industrial technology (and still is), and in 1959, after a two-month campaign, the citizens of Boulder raised enough money to purchase the 325 Broadway site, and the Boulder Chamber of Commerce deeded the land to the Federal government to build the Boulder NBS (now NIST) laboratories. This was before Boulder was cool, and real estate was very inexpensive compared to other times in Boulder history. Initially settling into the Armory in North Boulder, the first building went up in 1952 and was dedicated by President Eisenhower. 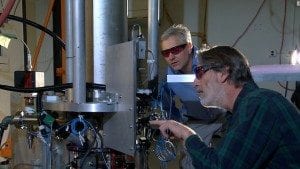 In 1988, The name of the National Bureau of Standards (NBS) changed to the National Institute of Standards and Technology (NIST). In a move to consolidate all the DOC agencies on one site, a new NOAA building was constructed and it was dedicated on November 20, 1998. Since then, we have had many Nobel Prize winners for Physics bless Boulder, and the United States with technological advances in Physics. In 2001, NIST, JILA, and MIT scientists won the  Nobel Prize for Physics for their discovery of the Bose-Einstein condensate. 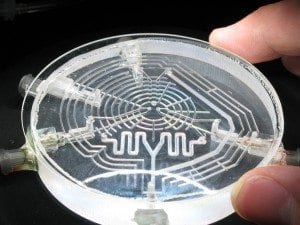 And in 2005, NIST and JILA’s John L. Hall shares the Nobel Prize for Physics for his contributions to the development of laser-based precision spectroscopy, including the optical frequency comb technique.

In 1999, the NIST-F1 Atomic clock was created and kept pretty good time. But as progress goes, in 2014, a new atomic clock, the NIST–F2 was installed. They say it is so accurate it will lose or gain only one second every 300 million years. The NIST-F2 had been in development for about a decade and is three times more accurate than the F1, which has been in use since 1999. The institute will continues to operate both clocks for now at its campus in here in Boulder, Colorado.

So next time you look at your iPhone clock, know that that ugly government building area in that sweet location right off of 27th way and Broadway is keeping time for the whole United States ( and more), and it’s the correct time because that is where Apple gets its time from.