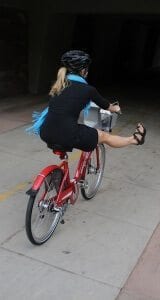 You can find the same business models in all major cities, but the real interests of a community can only be unearthed by digging through their non-profit and/or nongovernmental organizations. Here are a few of Boulder‘s which we felt touched on some key interests of this city as a whole.

AboutBoulder has a 3 year history with BCycle, and for good reason. This NGO brought “bikeshare” to Boulder. They now have 39 stations around the city with a fleet of 275 bikes. Simply buy a pass and you’ll get access to unlimited 30-minute bike rental sessions until the pass expires. After 30 minutes some extra fees kick in because, remember, this is bike sharing. You don’t get to keep it, no matter how much you like the bikes sporting the AboutBoulder logo. Though on January 1, 2016 they will let annual pass holders take 60 minute rides without additional fees. They offer student discounts on yearly and semester rental rates, plus the program has its own repairman. No emissions, no maintenance, no worries.

Boulder is a place built on diverse ideologies, so it makes sense that we couldn’t have only one sister city. We have seven! On top of the sense of global community this program inspires it has also helped Boulder import its teahouse. Dushanbe, Tajikistan handcrafted the immaculate teahouse and reassembled it in our city as a gift of friendship. Boulder has exchanged ideas, friendship, and goods with 6 other cities around the world, including: Jalapa, Nicaragua, Kisumu, Kenya, Lhasa, Tibet, Mante, Mexico, Yamagata, Japan, and Yateras, Cuba. These sister cities are part of the reason that Boulder is so accepting of new ideas, and a melting pot of cultural ideologies. See the full city listing and links to get involved here. 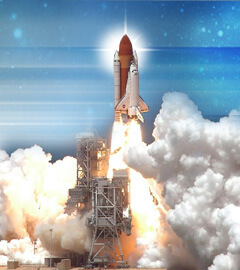 eSpace is an intriguing combination of two things which Boulder is known for: 1) our affinity for outer space and 2) the city’s ability to grow start-up companies. eSpace is an NGO focused on growing new companies that will operate in space. This is a  collaborative program between CU and Sierra Nevada Space Systems. Space commercialization is a totally new market with a business model much different from those on-terra. The barriers to entry are very high and the equipment creation and maintenance are very costly. But if companies can overcome the challenges of space commercialization, their profit margins could be very wide. The eSpace goal is to foster the development of companies who want to work in space, as well as educate the staff who will be operating within them. Keep an eye on this NGO, you will probably hear them come up when civilian space flight becomes mainstream.

Joe Inclan
Originally from Lone Tree, CO, Joseph Inclan graduated from Regis Jesuit High School in 2010. He applied to just two universities, DU and CU Boulder, and was accepted by both. Joe chose CU for its beauty, and the appeal of the open-minded and quirky city ensured him how right he was to choose Boulder. With a Bachelor’s degree in both English Creative Writing and Philosophy from CU, he has dabbled in everything from poetry to basic technical articles for 3DPrintingIndustry.com. His hobbies have a range too, from fountain pens and handwriting, to yoyos and skill toys. The most important thing for Joe is to understand things complexly. Boulder and its residents live in an evolving miasma of ideologies and cultures which demand more than a 2-Dimensional perspective. Joe’s fascination with Boulder stems from the fact that it is far more than the sum of its parts, and that is a unique quality. He is glad to be a writer with AboutBoulder.com and looks forward to spreading his knowledge of Boulder with the community.
See More Articles From Joe Inclan
Tagged: About BoulderaboutboulderABOUTBoulder.comBCyclebikeshareboulderboulder coloradoBoulder CountybusinessColoradocommunityCUeSpaceInspirationlocalngoNon-profitnonprofitSister CitiesspaceTechnologyuniversity of colorado at boulder
Boulder Colorado Air Quality