Boomtown, a prominent accelerator based in Boulder, hosted a Demo Day last night at the Boulder Theater for its 5th class of graduates. “A major focus at Boomtown is on developing and adapting a program that is best suited for the start-up.” By definition, an accelerator’s purpose is to provide resources for entrepreneurs to accelerate the growth of their companies, usually in exchange for a portion of equity in the company. But what I realized last night, as I watched a stampede of almost all male founding teams parade across the stage at the end of the night, that the support provided by accelerators like Boomtown must not be very well suited for women.

I’ve written in the past about the abysmal statistics surrounding female entrepreneurship but last night at Boomtown’s Demo Day, I was struck by just how real this problem is. Of the ten Demo Day presenters, only ONE was female. Let me repeat that, only 10% of the founders accepted into Boomtown’s 5th class were female. I thought to myself, well perhaps the founding teams have more female members who just didn’t feel comfortable with their presenting skills. Perhaps the women are backstage, cheering on their co-founders and making the real work happen behind the scenes. Well, when the presentations were over, all of the founding teams were welcomed to the stage and low and behold, the numbers did not get any better. A few more women trickled onto the stage but I doubt that ratio ever grew to over 1 in 10.

Now, there are some awesome folks trying to find solutions to this problem and I’ve written about them before. And I don’t think that Boomtown has purposefully excluded women from its application or acceptance process. In fact, I really don’t know who is to blame. It’s a complex problem related to deeply-rooted biases and beliefs. But I so know that it’s a problem and the problem is real. And I believe that the individuals whom are funding and operating organizations like Boomtown have a responsibility to be a part of the solution rather than a part of the problem. 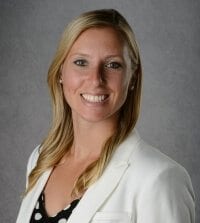