New Uses for Colorado Beetle Kill are Cheap and Eco-Friendly

The Mountain Pine Beetles have been a prevalent issue for forests across North America for roughly a decade; however, new uses for the large number of trees that Beetles have killed have proven an affordable raw material for producing a variety of goods. 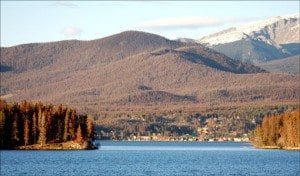 “Only [seven] years ago, industry believed little could be done with it apart from artistic or cosmetic uses for wood, which was being marketed as ‘denim pine.’ Traditional uses of pine, in construction and elsewhere, were considered impossible for beetle-kill wood”. – The Sustainable Lumber Company

While builders did not think this wood was useable in the past, it is now understood that through a particular technology beetle kill is capable of use for buildings and homes.  According to the Sustainable Lumber Company, “Beetle-kill wood, which sells for deflated prices because of the amount of beetle-kill timber now on the market, means that [cross laminated timber] panels can be cheaper, opening its use up to other opportunities including in residential construction”.  Extra benefits for using this type of timber include its capability for withstanding earthquakes and absorbing sound.

Left untouched, these dead lodgepole pine trees boost soil erosion and increase the fuel load for forest fires.  Soil erosion decreases the amount of water that reaches water tables and increases the chances for flash floods.  Making use of the beetle kill as a resource for building and manufacturing helps to mitigate the forms of environmental degradation that are being caused by the Mountain Pine Beetle.  Using beetle kill is eco-friendly and cheap, but also boosts local economy since the beetle-kill can be gathered in Colorado.  Boulder Idea Group reasons, “By utilizing this reclaimed, sustainable resource we help reduce the risk of forest fires and support Colorado’s local and state economy”.  For these reasons, supporting products made from beetle kill is a simple way of expressing commitment to local environmental stewardship.

Innovation is at the heart of some ideas that have integrated the use of pine trees killed by the mountain beetles into every day life.  Here are a few of the many ideas already being manufactured: 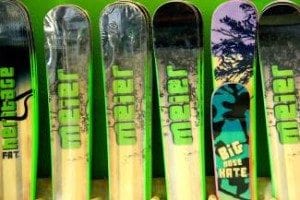 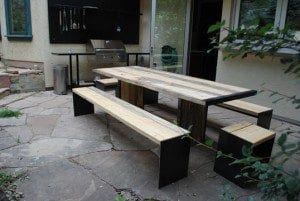 A Dining Set Made From Beetle Kill 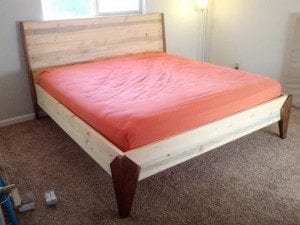 A Bed Frame Made From Beetle Kill 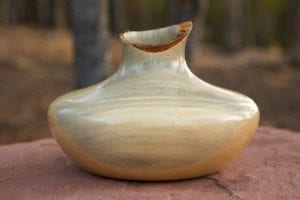 A Vase Made From Beetle KIll

Pine beetles kill forests, builders seek to use the wood