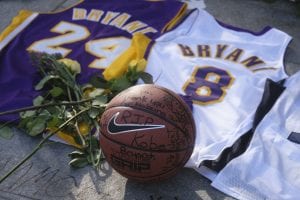 The tragic event that occurred last Sunday morning in Calabasas, California has been well documented as former Los Angeles Laker great Kobe Bryant (41), his daughter Gianna (13), and seven others were killed when their helicopter crashed on the way to an early morning event. 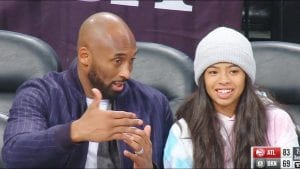 The NBA honored the 5-time Champion with tributes from around the league, fans poured to the Staples Center to leave flowers and signs, and chants of Kobe were heard in venues across the globe.

As a basketball fan I understood. Bryant was an 18-time All-Star, 15-time All-NBA, and 12-time All-Defensive player that dominated the hardwoods for two decades. The Black Mamba, as he was often called, drew comparisons to Michael Jordan with his tenacity for winning and his will to succeed. Drafted directly out of high school and picked up by the Lakers and GM Jerry West on a draft day trade, Bryant’s highlights included buzzer-beater passes to Shaquille O’Neil, an 81-point performance against the Toronto Raptors, and a 60-point performance in his last NBA game at the age of 38.

As a father I understood. The pain of losing a child, in a scene so unthinkable to imagine, brings tears to my eyes with just the thought. 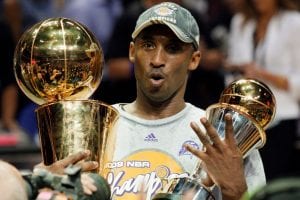 For anyone who grew up idolizing Kobe Bryant, watched him play, or wore his shoes, the sorrow was understandable. The Emmys delivered musical tributes, celebrities from the sports and entertainment world flooded social media with their condolences, and it seemed as if the world has lost its biggest star.

But how does one come to terms with the death of the basketball legend, the celebrations and accolades, while coping with the events that occurred seventeen years earlier in Edwards, Colorado? 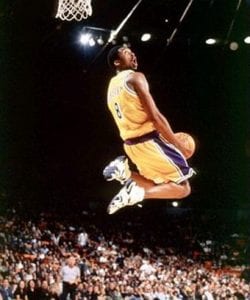 For this life-long Lakers fan, I believe that it’s acceptable to differentiate between the athlete and the individual. Kobe the athlete was incredible with his athleticism, grace, and clutch performances, just as Kobe the father and Kobe the entrepreneur deserved the accolades as well. It was Kobe the man, like all of us, who was flawed.

That’s not an apology on his behalf or an effort to rationalize all of this. The reality is that some people are famous, and some people are beyond famous. The famous will sometimes survive a self-inflicted media storm and sometimes will not. The beyond famous are so beloved that their transgressions, or rumors of, become buried within their performance. I’m not saying it’s right, but I am saying that it happens.

Maybe it was the accumulation of circumstances in Bryant’s case that made all of this so impactful. The media that surrounded Bryant after just being passed for third in the all-time NBA scoring list by Lebron James, the suddenness in which the accident occurred, the horrific news that his daughter and friends were onboard, or simply the fact that it occurred in Los Angeles, the entertainment capital of the world. But the reality is that Kobe is not just famous, he’s beyond famous.

Bryant has two gold medals from the Olympics, four All-Star MVPs, and scored 40 points or more 122 times. Only Wilt Chamberlain and Michael Jordan are ahead of Bryant in that category. 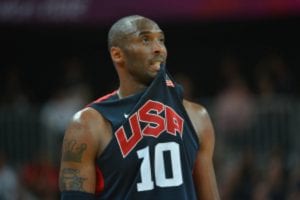 Bryant is the only player to have not one, but two Jerseys retired (8 and 24).

Beyond famous. Like Michael Jackson, Magic Johnson, and Tiger Woods. So dominant in their performance, and popular in their field, that society not only gives them the benefit of the doubt, but the chance at redemption.

I don’t know Kobe Bryant the person, parent, husband, or entrepreneur. I only know the ball player.  The one that threw that lob pass to Shaquille O’Neal in game seven against Portland. The one that was named Finals MVP in 2009 and 2010. And the one who finished his career, and life, as one of the greatest basketball players in the history of the sport. 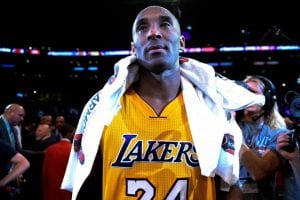 I was walking through a store recently and a young man stopped to comment on my shoes. A pair of blue Nikes that I had purchased simply for the color and style, without knowing any of the particulars.

“Nice Kobe’s,” he said as he glanced down.

Alan Tapley
Alan Tapley is an educator, author, and blogger who has lived just outside of Boulder for the last twenty years.  His published work includes two novels, two children’s books, a series of cartoons in the Minneapolis Star-Tribune, and multiple sports related articles. His love for family and the state of Colorado is only matched by one thing, his passion for sports.  The first baseball game he ever attended was at Wrigley Field, before there were lights.  At the final Bronco game at the old Mile High, he allegedly cut out a piece of his seat in the South stands.  But regardless of being here for the Avalanche’s last Stanley Cup, the Rockies only World Series appearance, and all the Broncos’ Super Bowl Victories, his wife never fails to remind him that he wasn’t at the University of Colorado in 1990, like she was.  The year the Buffs football team won the National Championship
See More Articles From Alan Tapley
Tagged: Kobe BryantLos Angeles LakersMichael JordanNBAShaquille O'NealWlit Chamberlain