Home › Blog › Business › What’s Black and White and Green All Over? Boulder.

What’s Black and White and Green All Over? Boulder.

Boulder is an interesting paradox with its culture. It is both black and white at the same time yet none of those fifty shades of grey in between. You have the opposing ends of the spectrum co-existing in a unique balance while not veering a whole lot towards the middle. Extreme is the name of the game. This concept can be found in Boulder’s politics, income levels, fitness, diets and plenty of other lifestyle elements. We want to connect with each other yet we want to stay true to our environmentally conscious roots and unplug. We want to think and act globally yet local community and economy is an integral part of Boulder culture. We want to embrace the start-up and shun big corporate but you don’t have to look far to find someone driving a luxury SUV crossover exiting their vehicle, dressed in designer yoga gear but wearing a hand-woven hat made from the organic hemp grown in their garden. Everywhere around us you can find this black and white, yet not grey, phenomenon.

Technology is not immune to this paradox either. Technology integrates with almost every aspect of our lives now. Everything we do is organized by, run by, or influenced by it. Our smartphones, our tablets, our pedometers, our watches. There is an app for everything and we are wired. This is no different from any other place in the country. However, Boulder has the interesting oxymoron of wanting to be on the frontier of technology and innovation while always staying close to our organic roots. We love the environment here and you don’t have to look hard to understand why. Mother Nature offers us a plethora of activities and examples of beauty here in Boulder.

Growing up in Boulder, it wasn’t until some years later that I realized, children who were raised here were exposed to computer and communication education at a level that was somewhat unprecedented in most other parts of the country. Kids of Boulder County grew up learning Unix first hand. Some may remember the Boulder Valley School District had a computer network that could be considered a precursor to chat rooms, AOL, and Facebook. You were taught how to logon to the BVSD network at home and you could create a rough free-form text profile with anything you deemed worthy information about yourself. (To look up someone’s profile information you had to finger them – type “finger” into the command prompt. I still don’t know who came up with that one). While many toddlers today can seemingly unlock the secrets of an iPhone faster than their parents it’s still no secret that we grew up with a solid foundation in the roots of technology.

Contrasting to that, growing up here, we were exposed to a great deal of earthiness. What could be considered progressive or weird hardly ever gets a double take in Boulder. We were eating tofurkey and had a solid recycling program here long before it became trendy and mainstream. The community strength and influence here is undeniable and contributed just as much to who I am today as much as my parents’ influence did.

Today, in Boulder, we are growing closer all the time to blending and unifying our opposing desires of progress versus traditional wisdom. Science is studying ways to make our world better, using technology to collect, analyze and grow how we can succeed on a holistic level. Social media, despite being one of the frontiers of IT, still allows us to connect on a human level with people who we otherwise would have never talked to. It’s a love hate relationship.

Every now and again when I need to unplug I pack up my car (no it’s not a Subaru) with my gear and head back to the great outdoors that I love to enjoy the meditation of nature. I inform a few people where I’m going, pack a book, leave my devices at home and go camping or hiking. I turn off my phone in the car because I truly want to be undisturbed for a time. No email, no Facebook, no checking-in. Unless I get lost. Then I frantically search for my smart phone again and turn the GPS on. Man, I’m glad I brought a solar charger. 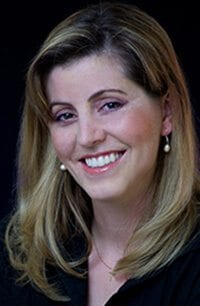