Home › Leaf of the Week › What’s in a Name? That Which We Call a Cannabis Plant

What’s in a Name? That Which We Call a Cannabis Plant

They’re amazing. They’re weird. Fantastic. Puzzling. Beautiful. Gross.
(I had to throw that last one in there because of the toddler-led education on bodily functions I’ve received over the last three years. #momlife) 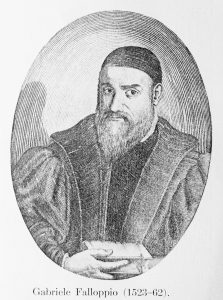 Bodies have been around so long that the names of all their parts have seemingly always been just the names of all their parts. We may not think about the fact that Fallopian tubes were named after the Italian anatomist, Gabriele Falloppio, who discovered them in the 16th century, or that the Eustachian tubes in the ears were named after the scientist—and fellow 16th-century Italian—Bartolomeo Eustachi.

Now that the cannabis industry is gaining steam every single day in both legality and easily accessible research, more people are learning exactly the impact this plant has. Perhaps one of its most amazing and lesser-known party tricks is that it named an entire system of the body: the endocannabinoid system.

Of course, our friendly neighborhood green had a little help from Israeli organic chemist Raphael Mechoulam. Let’s check out a quick timeline:

1964: Mechoulam managed to isolate the cannabinoid Tetrahydrocannabinol (THC) in the cannabis plant. Because a different cannabinoid, Cannabidiol (CBD), had been isolated just before this, Mechoulam and fellow scientists were given the tools they needed to discover a physiological system in the body. He made many other contributions that transformed the world of cannabis science, including total synthesis of several major cannabinoids and the isolation of anandamide, the first known endocannabinoid.

1990: The National Institute of Mental Health’s Lisa Matsuda and her colleagues discovered a DNA sequence in a rat’s brain that defined a receptor sensitive to THC. They were able to design experiments with genetically altered mice that were without this receptor, and, when there was no reaction to the administered THC, it was determined that THC needs cannabinoid receptors to bind to and subsequently activate its effects.

And the rest, as they say, is history. Fortunately for us, it’s also the future.

So, what are the parts of the endocannabinoid system?

An article written by Dustin Sulak, a doctor of osteopathic medicine, describes the endocannabinoid system as having the primary goal of maintaining homeostasis in the body. Sulak writes, “Endocannabinoids and their receptors are found throughout the body: in the brain, organs, connective tissues, glands, and immune cells.”

He also states that this system acts as a bridge that extends between mind and body, complexly connecting the immune system, nervous system, and the rest of the body’s organs.

What does this mean for our health?

We’ll end now with something else our friend, Dr. Sulak, said. He mentions research that showed the consumption of cannabis in small, regular doses can signal the body to produce more of these valuable endocannabinoids and cannabinoid receptors. This points to marijuana being a powerful ally for the body’s physiological healing system—and also the coolest mother hen at the body system bake sale, y’all. 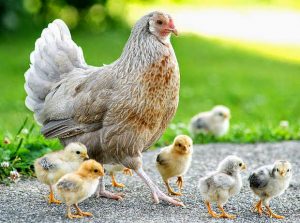 Read more about the endocannabinoid system here and here.

Cannabis products are designed for adults 21 and older.  Please consume responsibly.
Check back every Wednesday at 4:20 for more Cannabis Health with Kelsi

Kelsi Nuss
Born and raised in Alabama, Kelsi Nuss has been exploring the Deep South for writing inspiration since she was just a small (town) girl. This passion led Kelsi to Auburn University where she earned a BA in English and creative writing and began her career as an anything-and-everything writer and a someday novelist. Her fiction has been published in Auburn University’s student literary magazine, The Circle, and various other pieces of Kelsi’s have been featured online. Her growing interest in cannabis advocation brought her to Leaf of the Week, where she works to destigmatize the plant one blog post at a time. When she’s not out saving the world with her dazzling web content writing, Kelsi is at home with her husband and daughter listening to music too loud and plotting their next adventure.
See More Articles From Kelsi Nuss
Tagged: #CBD#LeafoftheWeekaboutbouldercannabinoidscannabisendocannabinoid systemhealthMarijuanaTHC
Boulder Colorado Air Quality