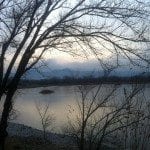 Walden Ponds Park, owned and managed by Boulder County, is a small gem nestled into Gunbarrel, on the outskirts of Boulder. The park hosts anglers, bird-watchers, walkers, runners, and many a nature program. While the park sustained some flood damage, the majority of the trails are open as well as the fishing areas. The park is popular throughout the year for bird watching, with many migratory birds stopping over, such as white pelicans. The park is much quieter than some other parks on the plains around Boulder, which is especially true in winter, making it a great place to take a break from daily... Read More

Try Walker Ranch for Your Next Fall Hike or Bike 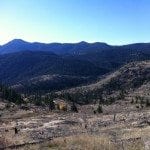 Located just past the summit of Flagstaff Mountain, a short scenic drive from downtown Boulder, this large Boulder County Open Space park sports over 10 miles of trails as well as fantastic natural and cultural history. Check out Walker Ranch on BoulderCounty.org The Walker Ranch Loop is a 7.8 mile loop that meets South Boulder Creek multiple times and takes you through diverse terrain of a foothills ecosystem.  From singletrack sections through thick pine trees to sprawling meadows complete with views from all directions, this trail will take you on quite a journey. The best part about this... Read More

Calls of the Wild at Heil Valley Ranch

< If you have gotten out to some of the foothills and montane parks around the county lately and sat for a quiet moment amid your mountain bike race down the mountain or perhaps your run up the hill, then you may have heard a strange whistling kind of noise. It is not the sound of elves frolicking, it is actually a love song. The bull elk is calling out, just like a love struck teenager, for some companionship from a cow elk.  The call is a bugle and can be heard now during elk rut.  The only herd of elk that lives out their entire lives inside the borders of Boulder County calls Heil Valley... Read More