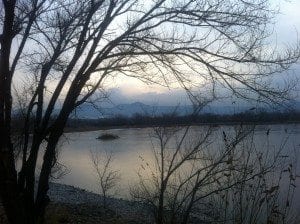 One of the ponds at Walden Ponds boasts a scenic mountain backdrop, but its hard to see sometimes with skies full of December haze.

Walden Ponds Park, owned and managed by Boulder County, is a small gem nestled into Gunbarrel, on the outskirts of Boulder.

The park hosts anglers, bird-watchers, walkers, runners, and many a nature program. While the park sustained some flood damage, the majority of the trails are open as well as the fishing areas. The park is popular throughout the year for bird watching, with many migratory birds stopping over, such as white pelicans. The park is much quieter than some other parks on the plains around Boulder, which is especially true in winter, making it a great place to take a break from daily stresses. 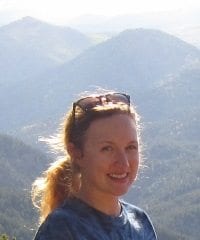 Lizzie Etzel
Lizzie works as a seasonal for City of Boulder Open Space and Mountain Parks, spending her days among the flora and fauna of Boulder both on and off the job. When it comes to knowing what to do and whats going on in the numerous open spaces around Boulder, Lizzie is your girl. After graduating from the University of Texas with a Geography: Environmental Resource Management degree, she came to Salida, CO to work in the San Juan National Forest and surrounding areas on a trail crew. Previously she has worked for Boulder County Parks and Open Space, other trail crews, and as an environmental educator. She has a passion for spreading environmental knowledge and bringing nature straight to the people.
See More Articles From Lizzie Etzel
Tagged: bird watchingboulder county parksboulder parksfamily friendlyfishinghikingoutdoor activitiesparksWalden Pondswalkingwinter walk
Boulder Colorado Air Quality