About Boulder October 7th, 2017 Leaf of the Week 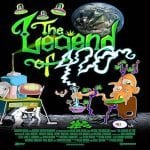 Last weekend I had the pleasure of attending the world premier of the documentary exploring marijuana’s use and evolution as a plant and industry, “The Legend of 420”. The film was produced and directed by Emmy and Academy Award-nominated, Peter Spirer, with Rugged Entertainment and XLRator Media. The premier in Denver, now the hub for hemp and marijuana movie premiers known as Hollyweed, was made possible by Amy Bourlon-Hilterbran, the founder and CEO of Millennium Grown Broadcast Network. Millennium Grown brought this premier to Denver, and contains online content about marijuana and hemp... Read More