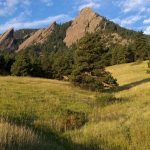 Boulder, Colorado is a city located at the foothills of the Rocky Mountains. It was founded in 1859 during the Pike’s Peak Gold Rush and was named after the large boulders in the area. Throughout its history, Boulder has been known for its natural beauty, outdoor recreation opportunities, and its progressive and eco-friendly culture. Some famous residents of Boulder include: David Carradine, an actor best known for his role in the television series “Kung Fu”. Tim Allen, an actor, comedian, and voice artist. Trey Anastasio, a musician and guitarist best known as the... Read More 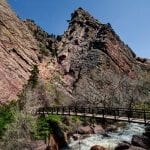 There are numerous hidden gems to visit in Boulder. Here are the top three rated hidden gems in Boulder, Colorado according to the most recent Trip Advisor reviews: 1 – Eldorado Canyon – The Colorado State Park system includes Eldorado Canyon State Park. It was founded in 1978 and is situated in Boulder County, close to the city of Boulder. The park is 885 acres in size and offers a variety of recreational opportunities. Eldorado Canyon stands out as a destination for local rock climbers. The state park is well-known for its stunning sandstone walls, which are dotted with thousands... Read More 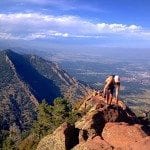 You owe it to yourself to gaze upon the beautiful landscape around Boulder, and the best way to do that is to start exploring some trails. Marshall Mesa Loop Marshall Mesa Loop is a great hiking trail to start with. It’s an easy hike, only 3.3 miles, and it gives you a brilliant view of the Flatirons. This is the kind of trail that you would see on a postcard and say, “Wow, this looks like a pretty cool place, I would probably enjoy walking around there.” This is also a dog-friendly trail, so your four-legged companion can also join you on your outing here. The trail also has seen its fair... Read More

Take a Hike at Bear Canyon in Boulder!

Bear Canyon, in south west Boulder begins at a trailhead nestled in a neighborhood. Bear Canyon Trailhead is grouped together with the NCAR trailhead and a couple other access points.  The hike begins with several different wide trails that area residents like to run, take their young children to, or walk their dog as there is not too much of a grade and no difficult obstacles. The views include rolling grassy and shrub covered hills, the Flatirons, and a lush riparian corridor. Bear Canyon trail follows the Bear Canyon Creek and intersects with the Mesa Trail and then ends at the junction of... Read More 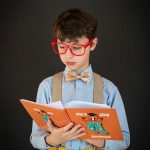 Some of you have heard that Boulder is “25 square miles surrounded by reality”. Which is one way to say that the character of the city of Boulder is extremely different from other nearby cities. Today we will discuss how intellectualism has helped to create this unique reputation. There is a huge focus on anti-intellectualism in the United States. Many folks, especially politicians, discredit Education, Literature, Philosophy, Art, and Science as pursuits which are mostly impractical. None of these subjects seem vital for the “common man” to know. None of them will help... Read More

Something in the Air – Boulder’s National Center for Atmospheric Research

Humans have always had a complicated relationship with weather. Ancient cultures prayed and made offerings to gods in hopes of receiving conditions conducive to growing crops. Adverse weather, then, was often interpreted as displeasure on behalf of those same beings—a punishment for failing to observe proper rituals. It doesn’t take a history scholar to understand this impulse. Weather, now as then, is both an enemy and ally. On one hand, it provides everything from the raw material for food—sunlight driving photosynthesis, wind the primary method of plants spreading their seeds—to something... Read More According to the reviews on Trip Advisor, here are the top attractions in Boulder, as voted on by visitors: 1 – Flatirons: The Flatirons are a group of rock formations in the western United States, in Boulder, Colorado, that are made up of flatirons and other irregular shapes. A group of five huge, numbered Flatirons may be found on the east slope of Green Mountain, running north to south from north to south. The phrase “The Flatirons” is sometimes used to refer to just these five Flatirons.   2 – Chautauqua Park Chautauqua Park is a part of a historic Boulder landmark... Read More 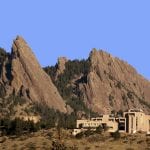 The National Center for Atmospheric Research (NCAR) is a federally supported research and development center (FFRDC) in the United States that is run by the nonprofit University Corporation for Atmospheric Research (UCAR) and funded by the National Science Foundation (NSF). NCAR has a number of locations, including the Mesa Laboratory headquarters in Boulder, Colorado, which was built by I. M. Pei. Meteorology, climate science, atmospheric chemistry, solar-terrestrial interactions, and environmental and societal implications are among the topics studied. P photo credit: Tony Harman  Read More

The Top 5 Things to do in Boulder this Summer! Boulder is one of the most scenic and thriving cities in the world all year round. So whether you’re a local or planning a trip, here are our top 5 things to do in Boulder this summer! Hike in Eldorado Canyon State Park Boulder is packed with gorgeous hiking terrain, from quick and easy adventures like Red Rocks Trail at Settlers Park, to the Mesa Trail. One of our top ‘must do’s’ is to hike around Eldorado Canyon. If you need help deciding what trail, Rattlesnake Gulch is the one! It takes you past the ruins of the Crags Hotel followed by views of the Continental Divide! Remember, always... Read More