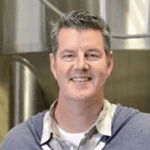 “For me, the connection between nature and beer was very natural. I’m a mountain biker, skier, camper… and my business plan spoke to that. We produce and sell craft beer for outdoor enthusiasts and [a can] is the best was to take a beer with you while enjoying nature; it’s compact, can be crushed after use, and recycled. And from the beginning, we have tried to be sustainable—we are FSC certified, we have a high efficiency boiler, and buy wind turbine credits to be 100% wind powered… [The environment] isn’t better off with business, but it is our duty to be responsible.” Matt... Read More 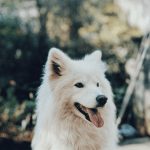 Autumn Ales are in the Air 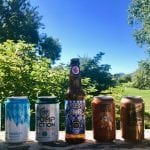 Leaves are crunching beneath your feet, the air’s a little crisper, and you’re dreaming of apple cider and pumpkin pie – Fall is here. Truly my favorite time of year, I couldn’t be more excited to taste some seasonal ales in the Boulder area this Autumn. So, with the help of the amazing team at Hazel’s Beverage World, I went to picking and found some sweet pumpkin and malty local Oktoberfest flavors. Here’s a few that I’d definitely recommend to you seasonal beer lovers:   Pump Action by 4 Noses Brewing Co.: An Imperial Pumpkin Ale that’s sweet... Read More 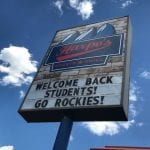 Throw back some brews and get pumped up for the big fight this Saturday night! We all know what I’m talking about – Conor McGregor v.s. Floyd Mayweather. It’s a boxing match for the ages that we’re all anxiously awaiting to see. Who will win? Mayweather, the undefeated longtime pro-boxer, or McGregor, the Irish charmer/MMA master? I guess we’ll have to wait and see; but where is a fan to watch the Mayweather/McGregor showdown in Boulder? Well, after spending tedious amounts of time calling the most prominent bars in Boulder, I realized the hard way, that watching boxing fights is just... Read More 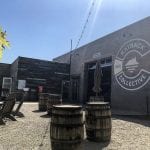 Ask me one of my go-to spots to grab a beer in Boulder – I’d say the Rayback Collective every time, and not just because of Mountain Monday’s (All Upslopes=$4). Not only does it have 30 taps, but you are flooded with good vibes the second you enter the park. Known as Boulder’s Backyard, the Rayback is an old warehouse converted into a bar, which opens up into a food truck park. The park is a quick bike ride for North Boulderites, just off the Goose Creek bike path. The food trucks are on a rotating schedule, but they keep you updated @therayback. Sounds pretty amazing, doesn’t it? Well,... Read More 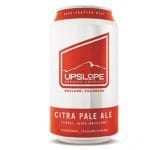 The other day, I was strolling along in the liquor store, gazing through the doors of the beer fridge, and taking on the task of deciding which beer I wanted to sip on. With all of the new options that seem to pop up every week, I was drawn to the Upslope selection for their classic Pale Ale. Yet, those white cans with their maroon stripes and label were nowhere to be found. In their place was Upslope’s newest addition to their year-round offerings: the Citra Pale Ale. To earn that place in the Upslope family of beers, I figured it had to be worth a try. I was not disappointed. Self-described... Read More

This week is packed with great events for the people of Boulder to enjoy, however there isn’t always time to go out to each and every one.  So, here are three of the top events going on this week in Boulder.  Each event has its own unique taste, so there’s certainly going to be something for everyone. 1. Petunia Mafia Cycling at Upslope brewery is hosting a showing of the 2016 Giddyup Film Tour movie tonight from 7-9pm.   Everyone is welcome to come and enjoy a film filled with plenty of mountain and road bike action.  As a social event, people are encouraged to talk and meet everyone... Read More

Upslope: 6 Years in the books and what a ride it has been Upslope Brewing Company recently held their anniversary party at the new Flatirons location featuring 40+ beers on tap, live music, and food trucks. While they knew it was popular, they didn’t expect to run out of wristbands, they had ordered 2000. Their popularity has shocked even them, but it doesn’t for the rest of us. Even Men’s Journal has them on their radar, naming the Brown Ale as one of America’s top 100 beers. After sitting down with Matt Cutter, founder, I found one particular part of the conversation incredibly interesting, his decision to keep the original Lee Hill location.... Read More