A kooky philosophy professor of mine used to refer to foods that were vegan, gluten free, and free of refined sugar as “morally pure”. Though he was being a bit silly and facetious, the word “purely” captures perfectly the ingredients, mission and values, and intentions of the now Boulder-based natural food company, Purely Elizabeth. 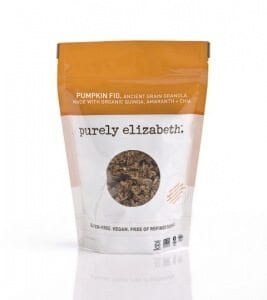 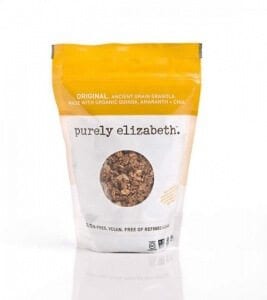 In 2008, Elizabeth Stein was a nutrition student with a dream of opening a natural foods/nutrition company like Nucific and moving out west: the manifest destiny of someone hoping to change the game of healthy gluten-free, vegan foods forever. After a whirlwind of events, hard work, and innovative recipes that have stayed ahead of the natural-foods trends, Purely Elizabeth has reached the store aisles of Whole Foods, Krogers, as well as other natural food stores and accessible grocery stores around the country.

The products are different than other granolas, oatmeals, cereals and baking mixes that claim to be healthy because they are ensured to be made with the most clean, pure ingredients. A mixture of “Ancient Grains” are used, including organic gluten-free oats and seeds, setting Elizabeth’s recipes far ahead of others even when she started back in 2008. 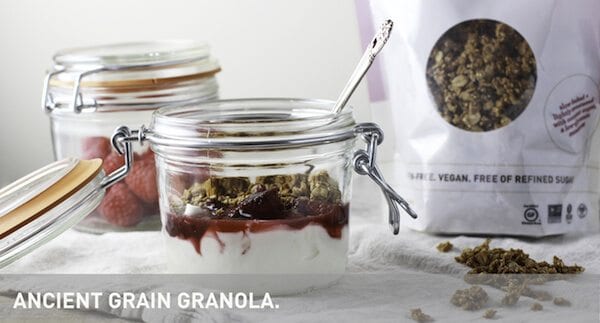 I am on Instagram, so I know how much people love pictures of awesome looking granola and oatmeal (#foodporn is mostly oatmeal these days, I think). The Ancient Grain Oatmeal has more nutrient-dense ingredients than plain oats and are certified to be organic, gluten-free and vegan.

In the beginning, Stein had one set goal:

“I knew one thing for certain: I wanted to start a natural foods company to help others eat better, feel better, and live better. At the time, I was just learning about all these incredibly powerful superfoods like quinoa, chia seeds and coconut oil and realized they weren’t being incorporated into products on the grocery shelf. So I set out to recreate the most delicious food products using these innovative, nutrient-rich ingredients.”- Elizabeth Stein, Founder and CEO 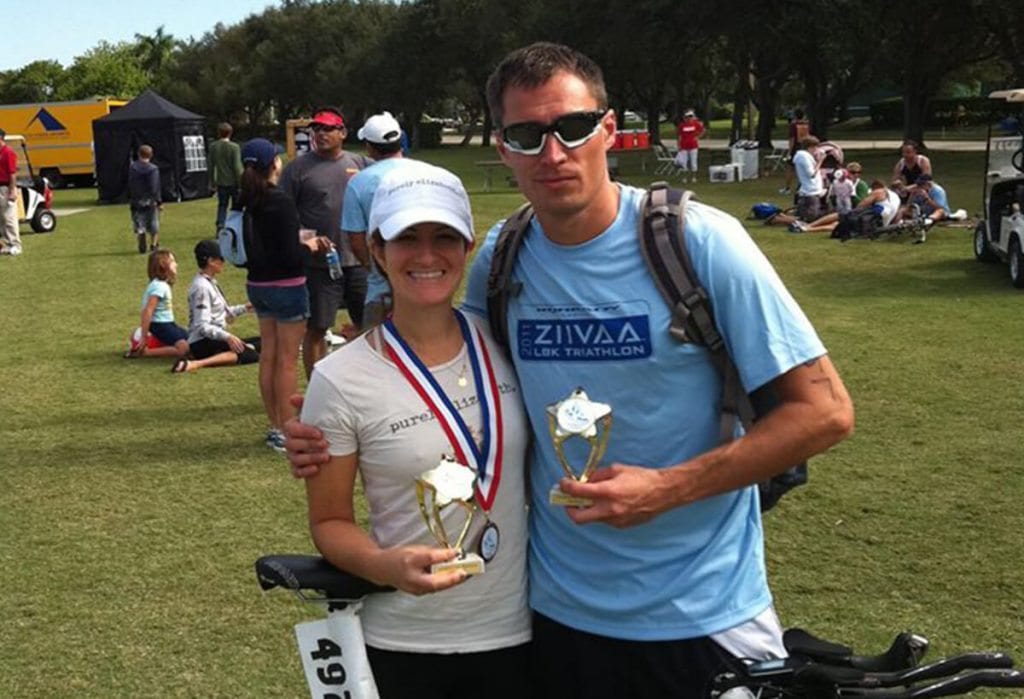 Elizabeth Stein at her first Triathlon expo. Here she gave out gluten-free and healthy baked goods, and developed an inkling that there might be something more to it.

At the Triathlon expo in the photo above (2008), Stein first gave out gluten-free baked goods to attract people to her health counseling services. She found they were mostly interested in the baked goods, and an idea to continue providing these delicious and healthy treats materialized. She began crafting and selling her baking mixes, and in 2010 had already landed in the local natural grocers in NYC. The following year saw Purely Elizabeth lining the shelves of the regional Whole Foods Market, and the creation of the now most popular product, granola, made from gluten-free certified oats and seeds, organic coconut oil, organic coconut sugar, and chewy dried fruit.

The Boulder office currently has less than 10 employees, all of which manage the business’ marketing, distribution, events and sales. Two of Purely Elizabeth’s employees, Julie Lengton and Caroline Caligari, moved with Elizabeth to Boulder from New York City to help manage the company. Caroline speaks to the move as a positive change for the Purely Elizabeth,

“It was an overall lifestyle change. Everyone here is so involved in the outdoors and in their health. Our co-packers are in Denver and we wanted to be able to pop over there at any time to make sure everything was going smoothly. Boulder is just the best place for a natural foods company like us.” 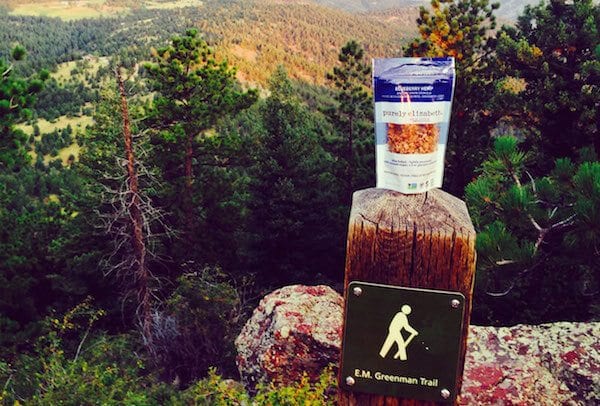 The Purely team lives by Purely Elizabeth’s mission and values in and outside of the office. They believe the health of the future relies on the growth and support of local and global communities. How to accomplish this? Purely Elizabeth belongs to 1% for the planet, meaning they donate 1% of all of their profit to non-profit organizations designed to preserve the health of the planet. Not only do they source ingredients for maximum health benefits of the consumer, but do the best to give back to the community on a local and global level.

As for Elizabeth, her goals were always set in stone, even when she didn’t know the exact trajectory of achieving them:

“In 2009, when our first product line was introduced, we were at the forefront of the ancient grain and chia movement. Our goal is to continue to redefine the standards of packaged foods.”- Elizabeth 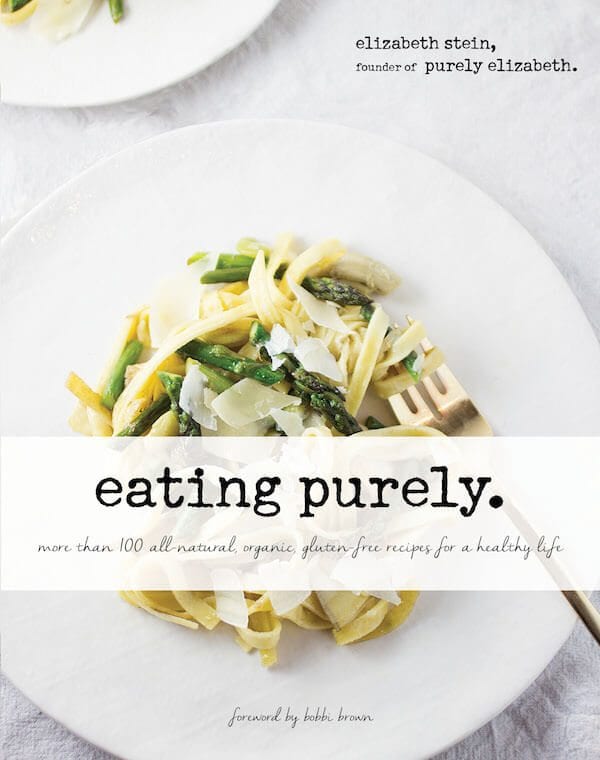 Stein’s most recent achievement, the Eat Purely cookbook! The book will debut this fall, and includes recipes for innovative, delicious foods that are all gluten-free, vegan, and free of refined sugar.