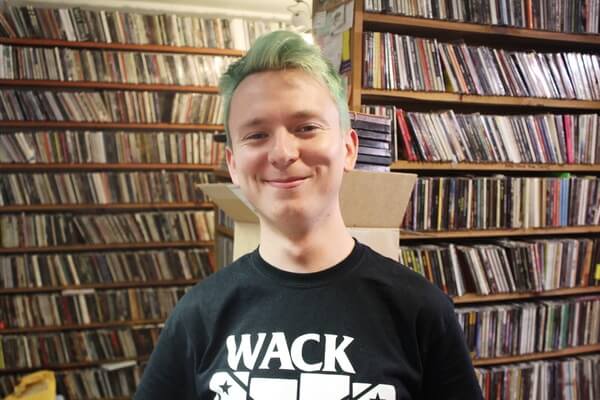 A San Francisco native, Connor came to Boulder to study Political Science at CU.  Connor is on track to graduate early this December, and plans to use his degree to get a job working on a political campaign for the 2016 presidential election!

In his free time Connor is a huge music buff, thus getting him a job at Albums on the Hill.  Albums is a locally owned record shop on 13th street right across from the Fox Theater.  Since he is around music all day I asked him what his favorite 3 records he owns are, and after some thought Connor said; “The Powers That B by Death Grips, Harvest Moon by Neil Young, and The Wall by Pink Floyd.”

Connor also threw in a fun fact that the most bought album in the store is In The Aeroplane Over the Sea by Neutral Milk Hotel!