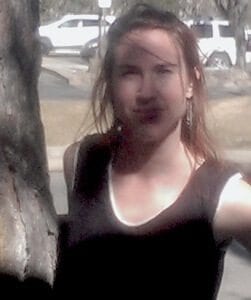 I spoke with Carrie about what brought her to Boulder and what she is doing in her life.

Carrie was studying at a liberal arts college in Kentucky, where she discovered Buddhism. After college, she moved to the Shambhala Mountain Center where she was able to delve deeper into Buddhism and her spirituality, living there on and off for the next 9 years. In between her stays, she traveled to Nova Scotia, Mexico and India. In 2009, She moved to Boulder to raise her son.
In 2012, Carrie started working as a massage therapist. She also has started a herbal salve business with a clever name, apathtocarrie, which can be found on etsy.

Carrie’s passion’s are writing music and sharing her love for the  mountains with her son. She loves that Boulder has a vibrant music scene and she can run to the mountains for inspiration and connection. On a night she doesn’t have her son, you can most likely find her at a Gasoline Lollipops show or another local band.

Thanks Carrie for sharing your story!