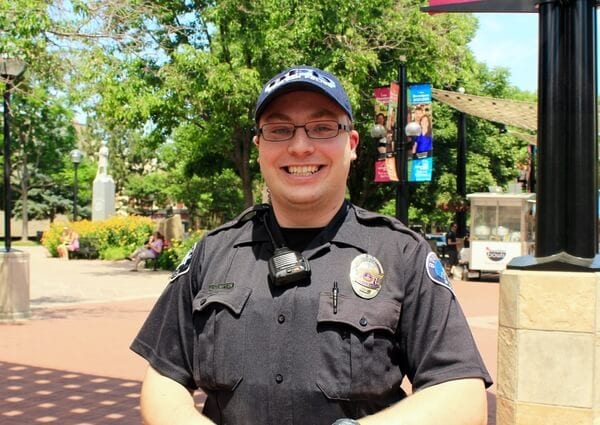 He was working on Pearl street mall today, which he says is one of the most exciting places in Boulder to patrol!  He has been a cop for about three years now and became interested in a career in law enforcement at an early age.

“My dad was a cop for 35 years, so growing up around him influenced me to follow in his footsteps.. as kids often do.  It’s actually very fun and you get to do a lot of stuff.  You just never know what you’re going to get on any given day.”