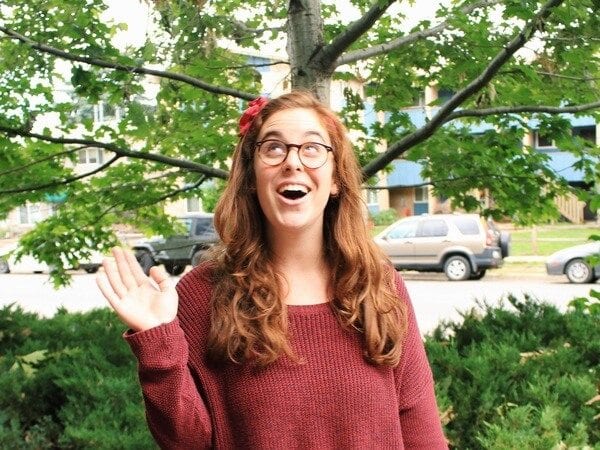 Meet Livie!  Livie just graduated from the University of Colorado with a Psychology degree! She currently works as a hostess at the Egg and I and also at a research lab on campus that looks at different things that contribute to psychosis.  The lab focuses on studying youth at risk for developing psychosis (i.e. schizophrenia and bipolar disorder with psychotic features), and Livie has enjoyed working there for the past 3 years.

She took information from her job at the research lab to help form her thesis on fingerprint abnormalities and the possible connection they may have to schizophrenia.  Studies have shown that in the second trimester of pregnancy both the central nervous system and the skin are developing.  And with schizophrenia being linked to an abnormality in the central nervous system, it could also affect the skin during this time of development.  Livie says though fingerprint asymmetries aren’t predictive of schizophrenia, that they still could correlate to a prenatal event that occurred at this time.

Since graduating, Livie has been figuring out what her future holds.  Whether  working in Denver, or moving back to California, she is excited to see where her studies take her!