The Problem with Pickleball

Late last summer, following the fast-growing trend, my gym made the decision to convert the entirety of its rooftop tennis courts into Pickleball courts.

I get it. Pickleball is low-impact and all-inclusive. I see husbands and wives playing, the coordinated and the not-so-coordinated playing, the fit and not-quite-as fit, and plenty of elderly. Sometimes all on the same court!

Gyms are now considered Judge Free Zones – so I accepted the change, tried not to judge, and moved on.

A few months later, the gym continued its deconstruction by converting the indoor basketball court into permanent Pickleball courts as well – just in time for the cold, snowy winter.

Tennis has Rafael Nadal and basketball has Lebron James. Who does Pickleball have? A 68-year-old lady named Gladys with a bad hip, sensible haircut, and a Silver Sneakers discount?

• Isn’t Pickleball just a larger version of Beer Pong without the beer? And the beer is what makes the game entertaining.

• I think it’s called Pickleball because those are the two things I’m protecting when a wiffle comes flying at me from ten feet away. The pickle and the balls.

• My wife is interested in joining me at the gym to play Pickleball as my playing partner. Thank you Pickleball – I was getting tired of quality alone time, chatting with my bros, and staring at beautiful women all by myself.

• Oh, sure – THAT’S something she is interested in doing more than once a week.

• And why is it so hard to get a reservation for a court? I’m trying to play Pickleball – not dining at the Four Seasons.

• Maybe the reason that no one can get a court is because Pickleball players either have no job, want no job, or retired from their job many years ago.

• I did see that there’s a sweet spot for reserving a court at about 4pm most days. I’m not sure if it’s because players are leaving to pick up their kids from school – or leaving to hit Denny’s Early Bird Special. • You can’t hit the ball before it bounces after serving, you can’t step in the kitchen unless the ball bounces in it, you can bounce or not bounce serve as long as it’s below the waste, and yelling 5-3-1 is supposed to clarify the score and whose turn it is to serve? Is this Pickleball or BASEketball? It’s like Trey Parker and Matt Stone are the Rules Committee.

• Pickleball is easy-to-learn, low-impact, and fun for everyone! Does everyone get orange slices at the end of the match too? I’ll pass on the orange slices, since I only burned a dozen calories playing this game for the last three hours.

• And don’t think that Pickleball is a legitimate sport just because Lebron James and Kevin Durant are investors. Steph Curry and Matt Damon were pushing Crypto – and now they are being sued for Deceiving the Public.

• You can’t just make up some rules, find some investors, play a few token tournaments, and call your sport legitimate. This isn’t the LIV Tour.

• I once wrote that if an athlete is tempted to take steroids to enhance their performance – the activity is deemed a sport and not just a game. But for Pickleball, I’m not sure if Estelle’s blood thinners count.

• Although the largest segment of Pickleball players are 65 and older, there is quite a bit of evidence that shows that the game is getting younger. That’s because old people eventually die! 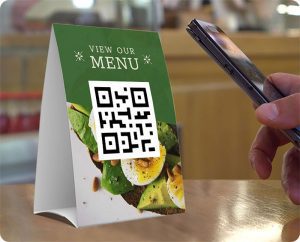 • It’s ironic how Pickleball’s marketing strategy includes media, technology, and eCommerce – and their target audience is still confused by the QR code on the table of their favorite restaurant.

• Maybe I’m old-school – but I’ve always dreamt about my son dunking a ball, not dinking a ball.

• Last thing. Calling Pickleball the fastest-growing sport is a bit of a stretch – considering the sport was invented in 1965. Does that mean the 8-Track Tape, Easy Bake Oven, and Twister will be making a comeback soon?

Because I’m just learning to cope with Gladys, Estelle, and their friends taking over my gym to play Pickleball. I’m not quite ready to watch them play Twister. Alan Tapley
Alan Tapley is an educator, author, and blogger who has lived just outside of Boulder for the last twenty years.  His published work includes two novels, two children’s books, a series of cartoons in the Minneapolis Star-Tribune, and multiple sports related articles. His love for family and the state of Colorado is only matched by one thing, his passion for sports.  The first baseball game he ever attended was at Wrigley Field, before there were lights.  At the final Bronco game at the old Mile High, he allegedly cut out a piece of his seat in the South stands.  But regardless of being here for the Avalanche’s last Stanley Cup, the Rockies only World Series appearance, and all the Broncos’ Super Bowl Victories, his wife never fails to remind him that he wasn’t at the University of Colorado in 1990, like she was.  The year the Buffs football team won the National Championship
See More Articles From Alan Tapley
Tagged: Beer PongHumorKevin Durantlebron jamesmatt damonMatt StonepickleballSteph CurryTrey Parker
Boulder Colorado Air Quality