Home › Blog › History of Boulder › Where was Boulder’s Dushanbe Teahouse Made?

Where was Boulder’s Dushanbe Teahouse Made?

One of the most common pieces of advice a Boulderite will give to a new resident is “Go check out the Dushanbe Teahouse,” but what’s so special about a teahouse? Well, ours was handcrafted in Tajikistan during the Cold War, and kindly shipped by our sister city of Dushanbe. The rebuilding of the teahouse in Boulder was an awesome accomplishment which nearly did not happen.

The idea of a sister city or twin town developed from the Cold War following WWII. The point was to form legal and social bonds between disparate cultures, and even promote relationships between former enemies. Boulder residents of the late 1980s took kindly to the concept, and sought a sister in the often demonized “Middle East”. They found a soul sister in the capital city of Dushanbe, Tajikistan. But at the time, it was called the Tajik Soviet Socialist Republic. 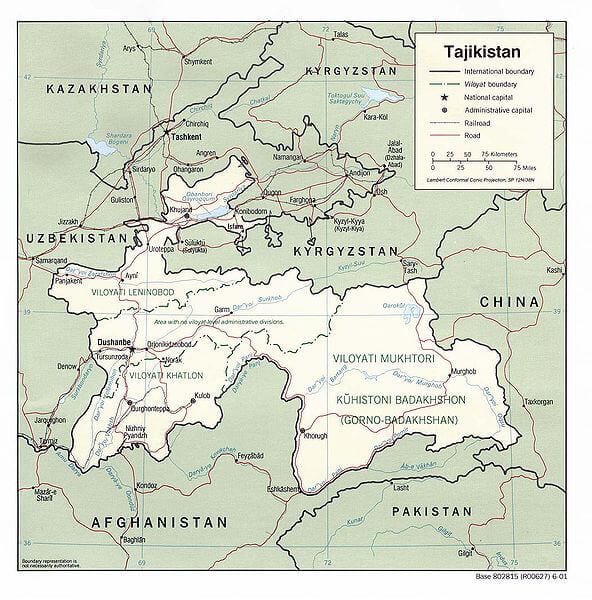 In 1987, Boulder and Dushanbe pledged eternal friendship between the cities. As an offering of peace, Dushanbe planned to make a teahouse, which was a symbol of community and belonging in their culture. Boulder accepted the generous offer before there was even a place to put the building. Luckily, the decorative construction took considerable time, because the artists were not using power tools. 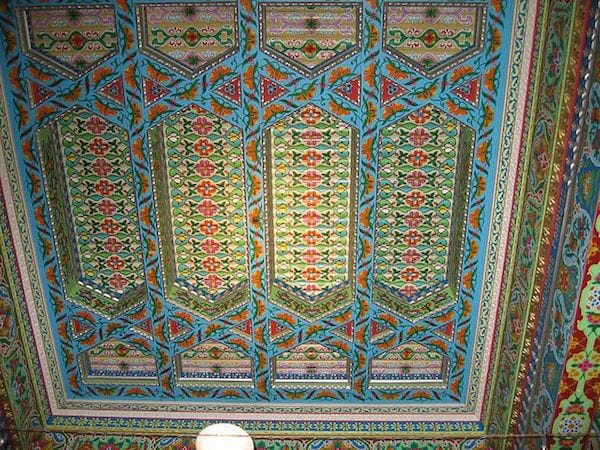 That’s right, all the intricate artwork of the teahouse is hand made. The artists took two years working on the carved wood panels, natural oil painting, carved plaster, and sculpted clay exterior panels. The wooden columns inside the teahouse were made of cedar. This is odd, because cedar does not grow in Tajikistan. In order to acquire it, the TSSR had to declare it a “military necessity” to leave Tajikistan and gather cedar from the Siberian north. 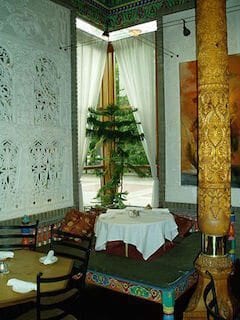 The sculpted and glazed tiles of the exterior of the teahouse were the work of a single artist, Victor Zabolotnikov, who spent over a year crafting them. He added Tajikistan’s local wildlife into the design along with a “tree of life” motif. He had to fire the glazed pieces overnight, because power consumption in the area was overtaxed during the day. His hard work was rewarded with the chance to help supervise the reconstruction of the teahouse when it was built in Boulder.

As mentioned, the teahouse almost did not exist. This is partly due to the incredible time and effort required on behalf of our sister city to construct the teahouse by hand. The teahouse was finally finished in 1989 it was disassembled, packed into crates and shipped to Boulder. However, when it arrived Boulder still had no place to put it, and no way to fund the reconstruction. Boulder government was opposed to using taxpayer money to construct the building. This was with good reason, because assembling the teahouse in accordance with building codes would have cost a bit over $1 million. So, the teahouse sat in storage until 1997. Then, the Boulder Dushanbe Teahouse Trust reached a deal with local officials to use lease revenues from a restaurant owner to pay off most of the cost. Finally, the teahouse could be reassembled in its intended home almost a decade after its completion in Tajikistan. 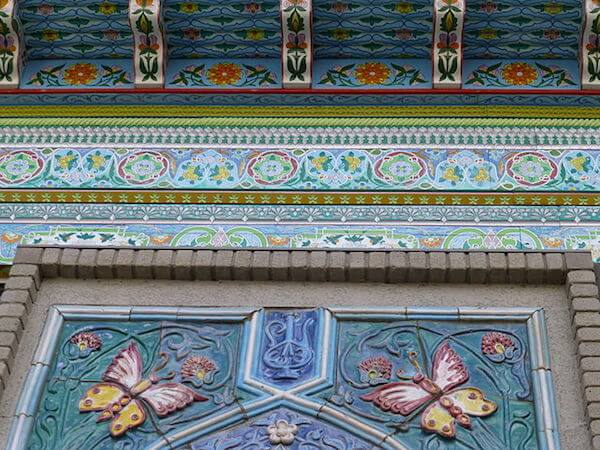 Photo Credit: Kvng. Detail of Dushanbe roof from outside view.

The site at 1770 13th Street was chosen for its accessibility. One can walk to the teahouse from Pearl Street, where it rests beside the Boulder creek, overlooking the Farmer’s Market. It is the only authentic Persian teahouse in the Western Hemisphere. It is bordered by a garden laced with roses, and a bike path inland with the poetry of the persian Omar Khayyam. Both of these features were added by Boulderites, to help cement the bond between east and west represented by the incredible gift. To this day the Dushanbe Teahouse is one of Boulder‘s crown jewels and serves tea daily to the friendly, fortunate people of the city.