[VIDEO] Faces of Boulder: ONE Vibration 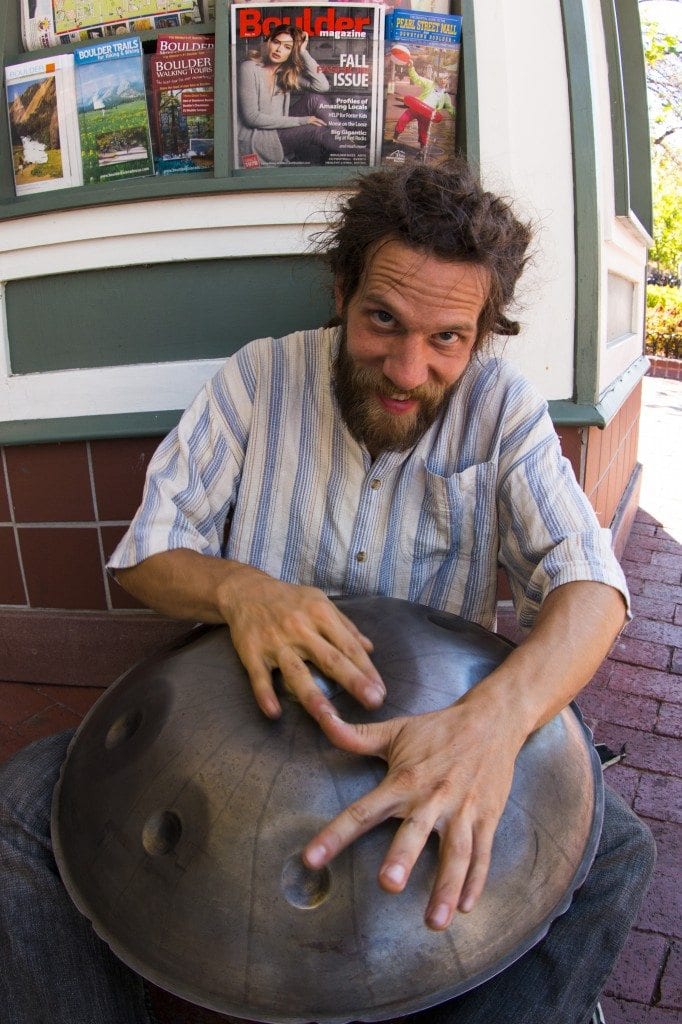 This image captures Ryan Post playing a TerraPan down on the Pearl Street Mall . His goal is to  raise enough money to introduce 6000 of them into schools around the Boulder area. His idea is that if he gets enough people to play the same note at the same time with this instrument there will be a unified vibration that could connect the people on the planet for a second and create peace. Ryan is organizing an event at Red Rocks Amphitheatre later this year to gather with thousands of people playing TerraPans.

Here is a video to get an idea of what a TerraPan sounds like: