There are hundreds of items to recommend for Boulder newcomers. Since it’s move-in season for freshman I’ll focus on some budget friendly Boulder activities. This list has some obvious activities, and maybe some a new resident wouldn’t know about. Whip out that calendar, and let’s get started.

I know how many times a freshman will hear about “Welcomefest” this coming week, but in all honesty it is a pretty cool show. It’s made even better because it’s free! CU Boulder puts on a show for new students just because they can, and you won’t get that kind of consideration at all Universities. You’ll need a BuffOne card to get in, so it’s just students. This is great for those freshman who want to get a head start on making new friends. This year’s concert is headlined by Seven Lions, so prepare to turn up. Be at Farrand field this Saturday, or be square. 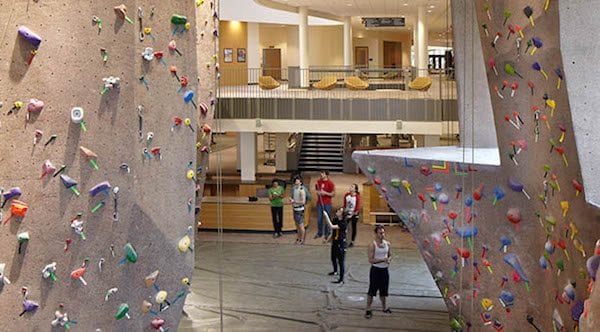 This event is also student-exclusive, so don’t forget that BuffOne card. You get to participate in an open-house at the new rec center. And when I say new, I mean that the CU Boulder rec center was originally built in the 1970s, torn down in 2013, and reopened at the start of 2014. Everything is still shiny and new. Climb the colossal rock wall, swim in the Buffalo shaped pool, or play human foosball. There is also putt-putt golf, ice skating, and if you need a refreshment there will be blender-bikes at the event. Peddle your way to a tasty beverage and a fun evening at the Rec. Oh, and free pizza too!

Boulder‘s Fox Theatre has a complicated history, but it is an awesome, small venue where you can get (figuratively) intimate with tons of popular musicians. The Fox features lots of local talent punctuated by big name band appearances. Upcoming this fall/winter are Saint Motel, Robert DeLong and Paper Bird, to name a few popular performers. The shows aren’t too pricey, and you save a few bucks by buying tickets online before the day of the show. There is a $2 up-charge for those under 21, but I factored that into my price point above. I have seen some excellent shows here, and I highly recommend this little venue, especially to newcomers.

Peak tubing season is almost past us this year, but that doesn’t mean Boulder Creek stops being a peaceful and stunning hangout. You could put together a picnic and sit creekside, dipping your feet into the cool water. You can also cling to a tube and ride downstream, waving at the people sitting creekside. Boulder Creek lends itself to many different paces of life. No matter what mood you’re in you can head down to the creek and feel refreshed.

The Flatirons are beautiful, and only grow more beautiful the closer you get. Chataqua is the starting point for tons of hiking trails near Boulder. There are hikes for all skill levels too. Whatever kind of shape you’re in, you can enjoy Chataqua and it’s network of eye-catching trails which meander far above the city lights. It’s a great place for a hike, a picnic, and even a date. You’ll see what I mean when you get there.

One does not simply live in Boulder without venturing to Pearl Street. Pearl is a local landmark, and hub for many local and national retail shops. Shopping is fun, but you can do that year-round. I recommend going down to Pearl while it’s still warm and seeing the local street performers. Some performers have been surprising crowds on the strip for years, and some are students looking for a bit of beer money. Either way, they are really entertaining, and add a unique character to an otherwise un-extraordinary trip to the mall. When you find a performer who holds your attention, give them a few bucks. If you sat and watched, they definitely earned it.

The most expensive item on my list! But I think that Banjo Billy’s Bus Tours are a great experience for all new Boulder residents. Take a seat on the saddle, an armchair, or a couch in the rustic shack/bus and hold on tight. You will hear about local lore, including the mystery of Mackey Auditorium and about Boulder‘s own haunted hotel. Did you know that tattoos and peace pipes were common in Boulder even 7,500 years ago? I don’t want to give too much away. Sign up for a Banjo Billy’s tour and you won’t be disappointed. 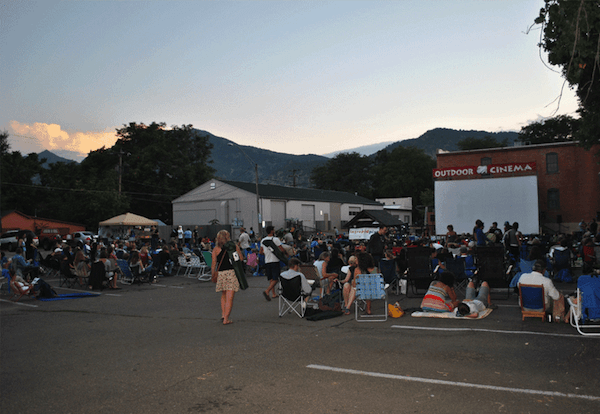 This is a Boulder tradition going on 20 years now. After August is up, you’ll have to wait until next summer to participate, so get your tickets now! Ticket prices are really just donation suggestions, since the BOC is entirely funded by the people partaking. Movies are projected onto an 18 x 30 foot screen, because widescreen reveals the most detail. Captions are always available, and the movies are often cult-classics and family friendly. Taking part in a movie means bringing your own chair. If you bring a low-backed chair then you will get first dibs on front-row seats. And if you get hungry, the parking-lot cinema will be flanked by local food trucks. It’s an overall great time for the price.

Joe Inclan
Originally from Lone Tree, CO, Joseph Inclan graduated from Regis Jesuit High School in 2010. He applied to just two universities, DU and CU Boulder, and was accepted by both. Joe chose CU for its beauty, and the appeal of the open-minded and quirky city ensured him how right he was to choose Boulder. With a Bachelor’s degree in both English Creative Writing and Philosophy from CU, he has dabbled in everything from poetry to basic technical articles for 3DPrintingIndustry.com. His hobbies have a range too, from fountain pens and handwriting, to yoyos and skill toys. The most important thing for Joe is to understand things complexly. Boulder and its residents live in an evolving miasma of ideologies and cultures which demand more than a 2-Dimensional perspective. Joe’s fascination with Boulder stems from the fact that it is far more than the sum of its parts, and that is a unique quality. He is glad to be a writer with AboutBoulder.com and looks forward to spreading his knowledge of Boulder with the community.
See More Articles From Joe Inclan
Tagged: About BoulderaboutboulderABOUTBoulder.combanjo billyboulderboulder coloradoboulder creekBoulder Outdoor CinemaChataquaCollegeColoradocommunityCUcu boulderFox TheatrehikeInspirationlocaloutdoorspearl streetstudentsSuccessThe RecWelcomefest