A Few of Boulder’s Ghostly Residents

In the spirit of Halloween we are going to detail a few of the haunted places around Boulder. If you dread the macabre, or a haunting close to home is too much for you, there is still time to turn back. 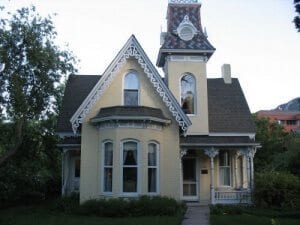 At 646 Pearl Street you’ll find the beautiful Arnett-Fullen house. The house was built in 1877 by Willamette Arnett, heir to Anthony Arnett, one of Boulder Land and Trust Company’s founders. Many admire the fusion of architectural styles the house displays. It incorporates Gothic, Victorian, and farmhouse aesthetics. It may also hold a few souls in its walls. Willamette Arnett burned through his inheritance and died seeking gold in the Klondike region of Canada in 1901. The house was then purchased by the Fullen family. The unexplainable activities in the house vary from paintings dropping from walls, flickering lights, and sometimes orbs of light flitting about. There is also rumored to be a little girl in a white dress who enjoys hanging out on the spiral staircase. The owners are cool with the ghost stories about their home and even put a mannequin in the tower window to creep out passersby. 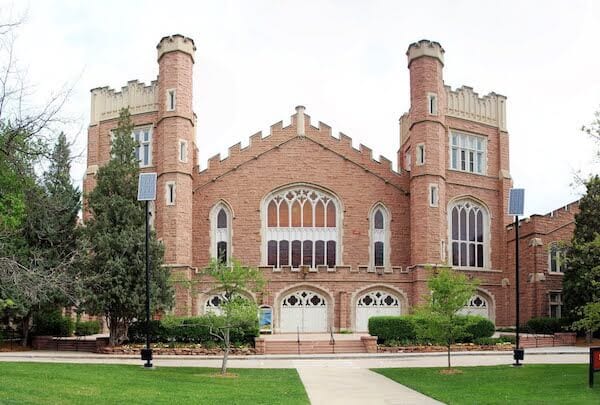 CU’s Macky Auditorium is said to be haunted. In the summer of 1966 the body of CU student Elaura Maquette was discovered in room 304 of Macky’s western tower. One of the school’s janitors, Joseph Dyre Morse, had tortured and murdered the young woman after luring her into the auditorium. He tried but failed to set the room on fire after the crime. He died in prison and after his crime offered no insight into his reasons for killing Elaura. There is now a brass plaque in her honor on a stone in the west corner of the Norlin Quadrangle at CU Boulder campus. It reads “Elaura Jaquette 1945-1966 ‘It is neither spring nor summer, it is always.'” The “it” might be interpreted differently when considering the accounts that say organ music can be heard echoing from room 304. The former recital room is used for storage now. It has not housed an organ for years. For that room, it may never change from spring to summer, or any other season. It is always the last moments of a young woman who deserved to be remembered. 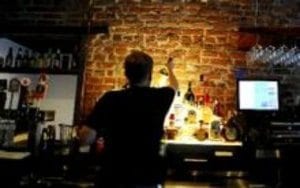 The Boulder Theatre is a great place for food and live entertainment. The adjacent bar, George’s, used to simply be “The Lounge”. They renamed the bar because even if you come alone, everyone dines with George. Mr. George Paper was the manager of the Boulder Theatre in 1944. While on a ladder to fix a lighting rig, he slipped, and tangled himself in the wiring. He accidentally hung himself. But he must have felt his job was unfinished. George still introduces himself to many who come to the theater. He’s been seen in his 1920s suit, and been blamed for lightbulbs disappearing from backstage. He likes to lurk around the bathrooms, usually pushing the door as he exits and he even stopped a burglar. The police found a man cowering in the projection room after a report of a break-in at the theatre in the 1980s. The manager at the time was Dick MacLeod but the burglar told police that he kept running into a tall, old man in a suit and hat. The description was not Dick MacLeod, but sounded very much like George Paper. So if you swing by George’s Bar before a show some night and feel a cold spot wash over you, it’s probably just the manager making his rounds.

There you have it, a few ghost stories to inspire some creepy feelings just in time for Halloween.