“Bobo’s Oat Bars are very moist and delicious. When people hear that they are gluten free and vegan that do not expect to have such a tasty product. Most granola bars are crunchy, but not Bobo’s!” 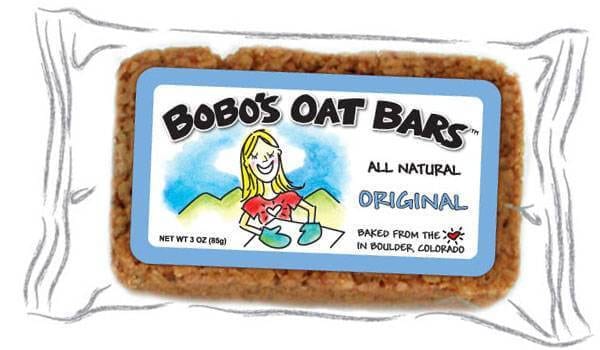 Organic, non-GMO, vegan, gluten-free, and fit for athletes… ok Boulder people this one is definitely for you.

This week’s budding Boulder business is Bobo’s Oat Bars. Actually Bobo’s is not so “budding” because they are currently ranked No. 2 in the United States behind Kind Bar, and are sold across the country, even into the far-off other country up north (Canada…). You could probably say Bobo’s has successfully budded. 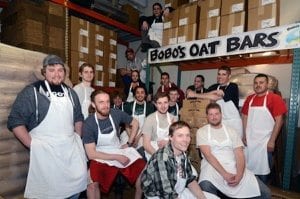 The “Bobo’s Crew” makes each and every one of the Bobo’s bars. Probably not in the warehouse though.

And chances are, if you’re someone that cherishes the “health and convenience” pair, you’ve most likely tried, seen or at least heard of Bobo’s. The company has been around since 2005, when Boulder mother, Beryl Stafford, transformed the favorite homemade snack made of her oldest daughter “Bobo” into an organic, healthy option to be sold commercially. Yes, the business makes and sells their homemade bars extremely successfully and on a large scale, but they didn’t get there on accident. And they have not forgotten their business values. I spoke with Emily Pearson, the sales coordinator at Bobo’s, about the history and current mission of the brand to see what sets them apart from so many other ambitious start-ups in the health food department.

Does Bobo’s hope to spark some social change for prioritizing healthy living in people’s lives that don’t normally do so?

Absolutely! Healthy living is our M.O. Healthy options do not have to be boring or taste bad!

Bobo’s was honored by BizWest at the Mercury 100 for the #4 fastest growing private company in Boulder County. Also, Bobo’s is the fastest growing company in our category in 2015. Not many people know this, but we are number 2 in our category behind KIND Bar. Some of the obstacles we face are trying to grow as big as we can, but keep the product the same i.e. without adding preservatives to increase the shelf life. 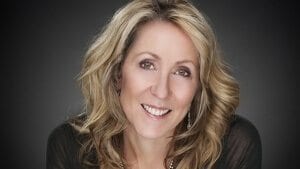 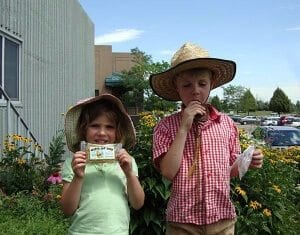 Children in hats love the bars of course.

What type of involvement does Bobo’s have with the Boulder community? (events, giving back, etc.)

How has being located in Boulder affected the success Bobo’s?

Boulder is the Natural Hub for the country and it is so exciting that we have the resources to make our product better every day!

Their latest innovation are the new “Bobo’s bites” which are a smaller, less-commitment version of the real deal. They offer 6 flavors for the big bars and the baby bars, all made with natural ingredients. While the original size bars are geared more towards a meal or “oatmeal on the go”, the smaller are more snack-like. So is it hard to sell a bar like Bobo’s outside of Boulder? Nope, because it tastes good too.

“This bar is not hard to sell. Most people are attracted to the fact that they are made with organic ingredients, vegan, and are gluten-free, but for the majority of Bobo fans who could care less about the “healthy aspect” of the bar they love the taste! It just tastes good!”-Emily Pearson 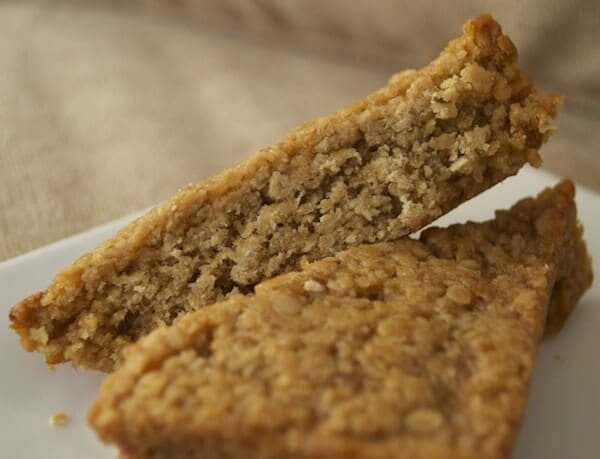 A gourmet bar, no doubt about it.