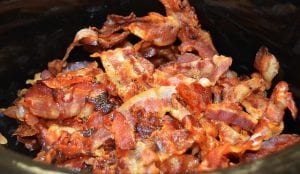 Recently, a technology that edits genomes was used in China to genetically modify pigs.  The result for the consumer would be pigs that are better adapted to cold weather while carrying around 24% less fat.  The technology, called CRISPR, an acronym for clusters of regularly interspaced short palindromic repeats,  has two components. First, CRISPR is essentially scissors that cut DNA.  The other component is RNA, remember that from your high school biology class?  RNA transmits biological information throughout the genome.  The RNA leads the scissors to the a precise string of compounds, called nucleotides. It finds, cuts and fixes the nucleotides, permanently modifying the genes.

CRISPR technology is a simple yet powerful tool for editing genomes, allowing researchers to easily alter DNA sequences and modify gene function. Its many potential applications include correcting genetic defects, treating and preventing the spread of diseases and improving crops. CRISPR technology has been applied in the food and agricultural industries already to engineer probiotic cultures and to vaccinate industrial cultures like yogurt against viruses. While this technology is promising, it also raises ethical concerns.

One of the  biggest limitations of CRISPR is it is not totally efficient and editing efficiencies can vary. Studies are showing about a 50-80% efficiency in editing genes. There is also the risk that DNA is cut at sites other than the intended target, leading to the opportunity for unintended changes.

While crops and livestock developed with CRISPR technology are years from the market, though the U.S. Department of Agriculture already said it won’t regulate CRISPR-developed products like other genetically engineered food, since no foreign material is introduced in the process. The Food and Drug Administration will decide which new products are safe.

For consumers, buying into CRISPR will be an uphill battle, due to skepticism about GMOs and other concerns. Food and environmental advocacy groups already are asking questions about CRISPR, raising concerns over tracing genetically edited products in the food chain and the potential lack of regulatory oversight.  A group of heavyweights in the food industry have joined forces to form the Coalition for Responsible Gene Editing in Agriculture, which is funded by organizations like the U.S. Pork Board, Monsanto, Syngenta and Bayer. Monsanto already dominates America’s food chain with its genetically modified seeds as well as a long history of toxic contamination, which creates a huge trust gap for the consumer.

The idea of healthier bacon may seem enticing, but do we really need healthier bacon?  Science has shown that processed foods like bacon are not good for our health in excess, and the fact that the pigs are skinnier does not override the fact that bacon is preserved using nitrates and nitrites, which have carcinogenic properties.  Perhaps we should learn to enjoy bacon in moderation and worry less about how to make pigs leaner? 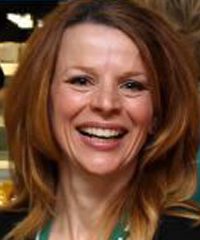 Andrea Groth
Andrea wants to live in a world where the neighborhoods are walkable, bike lanes are plentiful, and the food is fresh, delicious and readily available. A 20-year veteran of the health and wellness industry, she started her career in the fitness industry while earning a master’s degree in Exercise Science and Health Promotion, and then on to the burgeoning field of worksite wellness. Andrea has competed in collegiate level soccer, worked as a personal trainer, fitness instructor, wellness coach, and master trainer, climbed 14ers, and completed cycling centuries and metric centuries. All of these experiences give her the opportunity to view well-being from many different perspectives. When she’s not helping others to be their healthiest self, you can find her at a farm to table restaurant, down dogging at the yoga studio, or experiencing the Colorado landscape on a bicycle, snowshoes, cross country skis or on foot.
See More Articles From Andrea Groth
Tagged: About BoulderfoodhealthTechnology
Boulder Colorado Air Quality