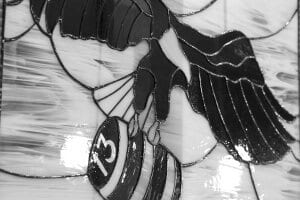 Inspiration can connect the most far-fetched or opposite ideas and come from the most unlikely of places. To give it further jolt, necessity is indeed the mother of invention. Put the two together and see what curious results give light. So, let’s play a little trivia. What do Boulder High School and beer brewing have in common? No, I’m not talking about teenage alcoholism so cross that snarky answer off the list. What they do both have in common are some interesting ties through both historical and modern day Boulder in a unique way: Crystal Springs Brewing Company.

Some people search their whole lives for a job they love. A lucky few, such as Tom Horst, find it twice. Dr. Tom Horst has been teaching instrumental music at Boulder High School since 1988. Endearingly referred to as “Doc” by all of his students, he has coached almost three decades of kids in band, jazz, orchestra, and marching band and through the years has developed lasting friendships with dozens of his students long past graduation. (As a former student myself, we often affectionately joked about how the 1995 movie Mr. Holland’s Opus was actually called “Doc’s Movie.”)

All good things change or end though and it came time for Dr. Horst to start planning for his retirement. With his twin daughters soon to become students at Boulder High, Horst had a discussion in 2007 with his wife Kristie, who was then retiring from Boulder High herself, about their family’s future and planning for the twin’s college education. It became clear that financial feasibility for college would likely mean another job for Tom post retirement. He was game as long as “this new job was just as much fun as fulfilling as his teaching career.” Kristie suggested brewing beer since it was already a favorite hobby of Tom’s and thus the idea of Crystal Springs Brewing Co. was born.

Now, the name of Crystal Springs Brewing has deep roots in Boulder history. Back in 1875 the first brewery in Boulder, named Boulder City Brewing, was founded by Frank Weisenhorn and Charles Voegtle. Of note, that same year is when Boulder Prep, now Boulder High School, was also founded. 30 years later Boulder City Brewing was purchased by Samuel Pell and the name changed to Crystal Springs Brewing and Ice Company. A fellow teacher at Boulder High School and dubbed Boulder historian, Rick Sinner, relayed these historical tidbits to Horst, thus inspiring the name of the new brewery. 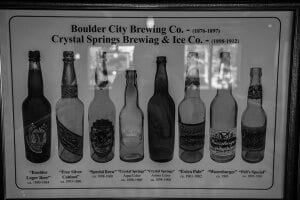 Each year Horst brews an anniversary beer to match one of the original brews offered by the original Crystal Springs Brewing and Ice Co. 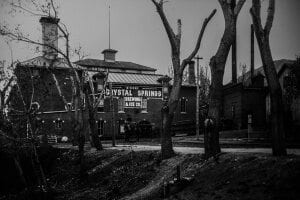 A picture of the original Crystal Springs Brewing and Ice Co. can be found at the current day brewery taproom.

So, after seeking some advice from friends Jackie and Mike Thompson, owners and founders of Boulder Creek Winery, Horst sought to get the licensing to start brewing at home in his garage. The brewery wasn’t zoned for industrial use but Boulder County approved it for home occupation. It was the first brewery ever approved to operate out of garage with the Tax & Trade Bureau and Horsts says they know each other on a “first name basis” now because of it. After that came the state licenses and then Crystal Springs Brewing Co. was officially open and running on May 13th, 2010 from Horst’s home in Sunshine Canyon.

By heavy word of mouth and some marketing by Kristie Horst, Crystal Springs grew so much that the natural course was to expand into a larger space. With local restaurants such as The Kitchen and Pizzeria Locale offering Crystal Springs beers on tap, demand quickly outgrew supply. In October of 2013 Horst moved the brewery and opened a taproom in a cozy yet spacious location in the Colorado Tech Center Park in Louisville. (The number 13 actually has quite a coincidental significance to the new Crystal Springs Brewing Co. Many of the brewery opening dates and family birthdates, including Tom’s, are on days or years with the number 13. The new taproom in Louisville is also exactly 13 miles away from Horst’s original home location and they keep 13 brews on tap).

Since then business has continued to grow. Horst is now retired from teaching and he is currently trying to purchase more brewers to add to his brew house to keep up with demand and further expanding into the Denver market. He also is currently collaborating with his next door business neighbor, Lulu’s BBQ, to create some lunch time offerings for the foodie crowd. As an educator at heart, Horst continues to contribute to the community through music and education fundraising. Originally when Horst started the home brewery he had never intended for it grow bigger than the space requirement of the garage. But when the day comes, Horst hopes to hand off the reins to his younger family members and keep on making a little bit of Boulder history. 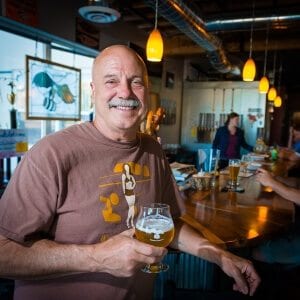 Now that Tom Horst is retired from teaching you can often find him serving some brew in his taproom, chatting with customers.