What’s Your Favorite Shade Of Beer? Let’s Test A Few! 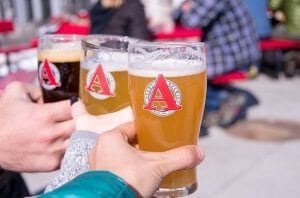 As you all know, the varieties of beer available to us are endless.  Beers come with different taste profiles, ABV levels, ingredients, and shades.  How are you ever supposed to know what you’ll like?  People tend to stray away from the desire to try a new beer when they are unfamiliar with what’s being offered.  People may think, “Oh, that beer is so dark, it will make me feel sick.” Or “Why is the alcohol content so high?” After the ABV%, I think that beer shade is the next most intimidating characteristic when choosing which of many options will be the best choice for you.   Well, fear not!  Let’s take a look at three different beers that Boulder‘s Avery Brewing Company has to offer and help demystify those curious shades.

First off, let’s dig into some quick technical knowledge surrounding why different beers are the colors they are.  There are three main terms that come into play when discussing shades; thanks to PopSci.com, I was able to pull some easy to understand definitions for each: 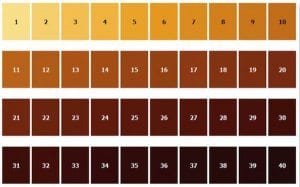 Now that we’ve established the meanings of each of those terms, let’s talk about a few different Avery offerings.

I love to have my friends, who are unfamiliar with craft beers, try the Avery White Rascal.  Its taste is similar to a Blue Moon, another well known Belgian White Ale, but better!

What is a Belgian White Ale? This ale is an unfiltered wheat beer that is brewed with many familiar spices such as coriander and orange peel.  While this beer is still slightly heavy due to the high wheat content, it is generally very pleasant to sip on and easy to enjoy.  This beer dates back to the middle ages and was made relevant in later years by Pierre Celis of Hoegaarden (now Anheuser-Busch owned) in Hoegaarden, Belgium.  On the SRM scale, you can find these ales at a 2-4 range and can be pinpointed by noting the haziness of the way the beer looks.

Fun Fact: Feeling fancy?  Test your beertenders knowledge next time you’re out and ask for a “witbier” or a “bière blanche.”

How Does Avery Describe Their White Rascal? “An authentic Belgian style white ale, this Rascal is unfiltered and cleverly spiced with coriander and Curaçao orange peel producing a refreshingly zesty classic ale.”  Can you guess the wheat used in this beer?  That’s right, Hoegaarden! Learn more at: Avery Brewing Co. – Avery White Rascal.

What is an IPA? India Pale Ale – in case you didn’t already know that.  In a nutshell, this beer came about during Britain’s pursuit to colonize India.  Beer wouldn’t last the entire trip overseas, and so, they turned to alcohol and hops for their naturally occuring preservative characteristics to help the lengthen the shelf life.  As a result, we have this strong ale both in bitter taste and alcohol content.  The original IPA was said to be around an ABV of 8-9%.  IPAs come in at an 8 – 14 on the SRM scale.

Fun Fact:  According to www.HopandWine.com, George Hodgson of East London’s Bow Brewery is said to be the original creator of the first commercialized IPA.

Avery Out of Bounds Stout

What is a Stout? A stout is beer created using roasted barley and historically refers to strong beers.  The term “stout” is actually a little tricky as it is actually used to describe “porters.”  Stouts can be presented in numerous forms, whether it’s chocolatey, sweet, milky, oatmeal, whatever – the biggest standout identifier of this beer is the dark, almost black property of its color.  Don’t be fooled by the color, most people assume that stouts are all high in alcohol content, but that’s a misconception.  Stouts can range anywhere from 3.5 – 11% ABV depending on the style.  Porters and Stouts range anywhere from 20 – 80 on the SRM scale.

Fun Fact: Today, you can find stouts and porters sold as two separate styles of beers.  However, most beer connoisseurs and brewers can’t actually agree upon or identify the true differences between the two.

How Does Avery Describe Their Out of Bounds Stout? “This big, roasty stout takes flavor to the extreme. We aren’t afraid to use plenty of rich roasted barley and a mountain of hops to give this full-bodied stout that little extra something you’ve been looking for in a beer.”  The Out of Bounds Stout is made with 5 different malts, including: Cara Pils, Roasted Barley, C-120, Black, 2-Row.  Learn more at: Avery Brewing Co. – Avery Out of Bounds Stout.

So, we’ve covered a few beers across the SRM scale and I personally really enjoyed researching for this article.  Hopefully, you’ve learned some good tidbits to bring to your favorite brewery next time you’re out and about! 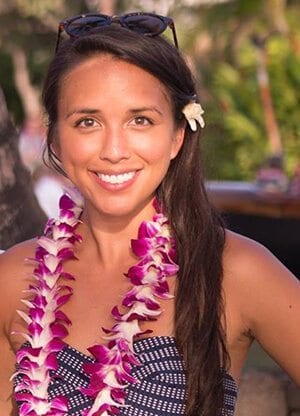