Some of you have heard that Boulder is “25 square miles surrounded by reality”. Which is one way to say that the character of the city of Boulder is extremely different from other nearby cities. Today we will discuss how intellectualism has helped to create this unique reputation.

There is a huge focus on anti-intellectualism in the United States. Many folks, especially politicians, discredit Education, Literature, Philosophy, Art, and Science as pursuits which are mostly impractical. None of these subjects seem vital for the “common man” to know. None of them will help plant, raise, and harvest a farm. Nor will any of them win you an election. But the vast majority of people in Boulder are not farmers, or politicians. And with a population over 60% non-religious, Boulderites cannot simply flee to the security of religious tradition and dogma for all their answers about life.

Boulder residents focus less on religion and pragmatism, and more on ideas. An intellectual is anyone who sees ideas as valuable in themselves. Like we said before, not all ideas help raise a farm, but the intellectual does not label them useless because of it. Instead, an intellectual values ideas and new ways of thinking. Boulder is an intellectual city. It is #1 on Forbes’ list for Education rankings. Education and appreciation of ideas aren’t necessarily linked, but if you make it through CU with a degree you likely appreciate the value of ideas. 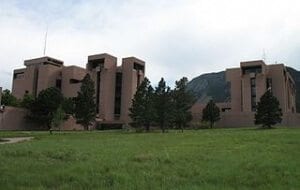 Boulder‘s propensity for Science is obvious. NCAR, CU Boulder, IBM, etc. indicate that people in the city are not just users of technology, but creators. Boulder also has tons of used bookstores, showing our love for Literature, Art, and Philosophy. Overall, Boulder is an intellectual-friendly place.

Valuing new ideas also inspires other commonplace activities found here. Yoga is very popular in Boulder. The physical practice is derived from a Hindu tradition, meaning that dogmatic tradition must be put aside to find your hearts’ center.

Rock climbing is another popular pastime. Though it is physical, it generates no product. Rock climbing is not about pragmatism. It verges on meditation. It is human versus stone, and the victories are personal. One hike up the Flatirons shows that the sweaty climbers coming down the trail are more like artists than competitive athletes.

So when someone talks disparagingly about the rampant liberalism in Boulder, or implies that this city is packed with educated hippies, tell them they are right. Boulder is an intellectual city. We value ideas for their own sake, and try to find merit in everything. Sure this has potential to lead us astray, or into things which are impractical, but that’s not the point. Seeing the world from new perspectives and testing out new ways of thought are vital to understanding others, and understanding ourselves. Especially in a place where the looming mountains remind us that we are small, and that our knowledge always has room to grow.

We could have mentioned many more things on intellectual places like Boulder can appreciate. Drop your own thoughts and ideas in the comments below and have a great day!

Joe Inclan
Originally from Lone Tree, CO, Joseph Inclan graduated from Regis Jesuit High School in 2010. He applied to just two universities, DU and CU Boulder, and was accepted by both. Joe chose CU for its beauty, and the appeal of the open-minded and quirky city ensured him how right he was to choose Boulder. With a Bachelor’s degree in both English Creative Writing and Philosophy from CU, he has dabbled in everything from poetry to basic technical articles for 3DPrintingIndustry.com. His hobbies have a range too, from fountain pens and handwriting, to yoyos and skill toys. The most important thing for Joe is to understand things complexly. Boulder and its residents live in an evolving miasma of ideologies and cultures which demand more than a 2-Dimensional perspective. Joe’s fascination with Boulder stems from the fact that it is far more than the sum of its parts, and that is a unique quality. He is glad to be a writer with AboutBoulder.com and looks forward to spreading his knowledge of Boulder with the community.
See More Articles From Joe Inclan
Tagged: About BoulderaboutboulderABOUTBoulder.comartboulderboulder coloradoBoulder CountyColoradocommunityCUeducationhikingideaideasInspirationintellectualismliberalliteraturelocalNCARphilosophyscience
Boulder Colorado Air Quality