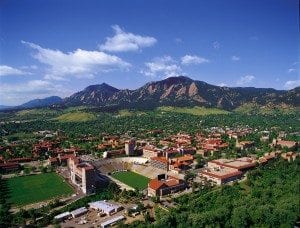 Happy cows may come from California, but happy people come from Boulder. And for good reason! Boulder has so much to offer, it’s no wonder that people here are considered to be among the happiest in the country. Narrowing this list down was the real challenge, but here are ten reasons why Boulder rocks:

Okay, maybe that’s three reasons, but the main theme here is mountains. Nestled right at the base of the Rockies, Boulder has over 300 miles of hiking and biking trails, and countless opportunities for climbing and Bouldering (imagine that). Even if you don’t feel like exercising (which would be rare for most Boulderites), you can still appreciate the breathtaking view of the Flatirons from anywhere in town. 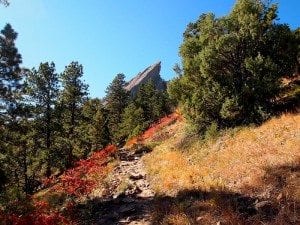 With so many startups emerging in Boulder, you couldn’t throw a Frisbee downtown without hitting at least three entrepreneurs. In fact, Boulder is the original home of the prominent startup accelerator, Techstars. And it’s not just new businesses that are thriving here; industry giants like Google and Microsoft have also taken up roots in Boulder. For a list of the many available tech, design, and marketing job opportunities in Boulder, check here!

3. Shredding the Gnar (As a CU Student Might Say)

From November through May, Boulder is a fantastic place for skiing, snowboarding, or however you prefer to hurl down mountains at breakneck speeds. World-class ski resorts in Summit County and Vail County are just a couple hours away, or one can simply drive up Boulder Canyon for 20 miles—or take the public shuttle bus—and  “shred the gnar” at a moment’s notice at Eldora Mountain Resort! 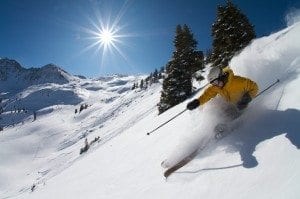 Boulder is just small enough that getting around without a car is no problem. There’s a great public transit system, and an infrastructure that’s perfect for bicyclists–and there’s certainly no shortage of bicyclists! In fact, Boulder is home to one of the country’s pioneering bike-sharing programs, Boulder B-cycle,which provides a very cheap and convenient way to get around town. 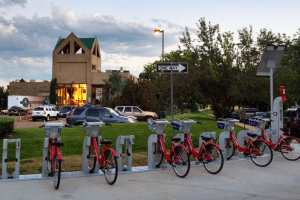 As the first state in the Union to officially legalize marijuana, Colorado has truly lived up to its title as the “Mile-High” state. It’s brought whole new meaning to “going green”—okay, no more puns. Apparently, amendment 64 has been quite a success so far, judging by the $2 million in tax revenue earned from the first month of legalization. Recreational dispensaries have already become very popular in Boulder (not to much surprise), and the industry has actually added a whole sector of jobs! Check here for information on the upcoming Cannabis Job Fair (yep, you read that correctly). 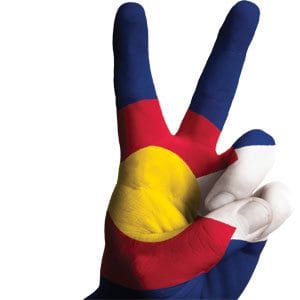 The Pearl Street Mall is a four-block pedestrian mall that provides some of the best people-watching on the planet. Along with the many interesting characters abound, there are also plenty of cool shops, and some very talented street performers. Pearl Street/downtown Boulder also offers a fun and diverse nightlife. Whether you’d rather fist-pump on the dance floor at Absinthe, play pool at the Downer, or have drinks on the roof of the Rio, downtown Boulder has got it all. 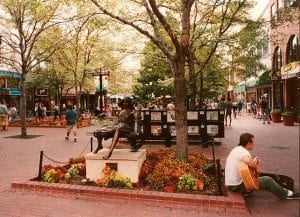 The Pearl Street Mall via slowtrains.com

Colorado has been called the “Napa Valley of Beer,” and with 115 breweries, it produces more beer per capita than any other state. Boulder itself has plenty of great breweries and brewpubs, which makes it a total haven for beer connoisseurs. For info on the famous Boulder Microbrew Tour, check here! 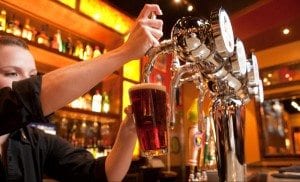 Boulder has some truly fantastic cuisine, and is known for its local-grown, farm-to-table approach when it comes to food preparation. Boulder also provides a ton of tasty options for those who are vegetarian or vegan. With its many award-winning eateries, it’s no wonder that Bon Appetit Magazine voted Boulder as the No.1 Foodiest Town in the U.S

Boulder is a mecca for live music lovers. There are plenty of bars and cafes throughout Boulder County that feature live bands and artists seven nights a week. Some personal favorites are the No Name Bar and The Laughing Goat. Then of course there is the Fox Theater on the Hill, and the historic Boulder Theater downtown. For an even larger variety of acts, Denver is but a short drive away, or one can head to the coolest venue on the planet,and catch a show at the Red Rocks Amphitheater. 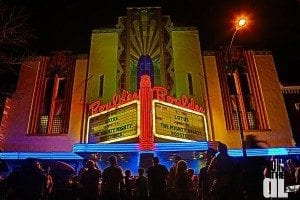 The Boulder Theater via festivalfootprints.com

If there’s one thing that Coloradans love to boast about it, it’s the 300 days of sunshine they experience every year. Boulder has a relatively moderate climate, and its low humidity keeps the sky clear and blue. Of course, there is plenty of snow in wintertime for all you snow-bunnies, but it tends to melt astonishingly quickly from all the sun! 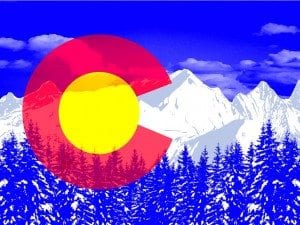 And there you have it, ten reasons why Boulder absolutely rocks. I would add more, but I think I’d rather head out, grab a microbrew, and shred some serious gnar.