The Glorious Spectacle of Mt. Sanitas

Mt. Sanitas has always been one of my favorite hiking areas. I grew up near the Goat Trail, which is an alternative path that some people use to access Sanitas, but I decided to use the more widely-used trailhead on Mapleton Avenue when I went to visit last week.

Sanitas is a gorgeous mountain. It’s the crème de la crème. It has sprawling grassy fields and jagged mountain peaks- all in one place! On one path, you can choose to go along the easygoing field trail, which requires little to no effort. Alternatively, there is also the steep incline up to the top of Mt. Sanitas, which requires significantly more effort. On this day, we did both. 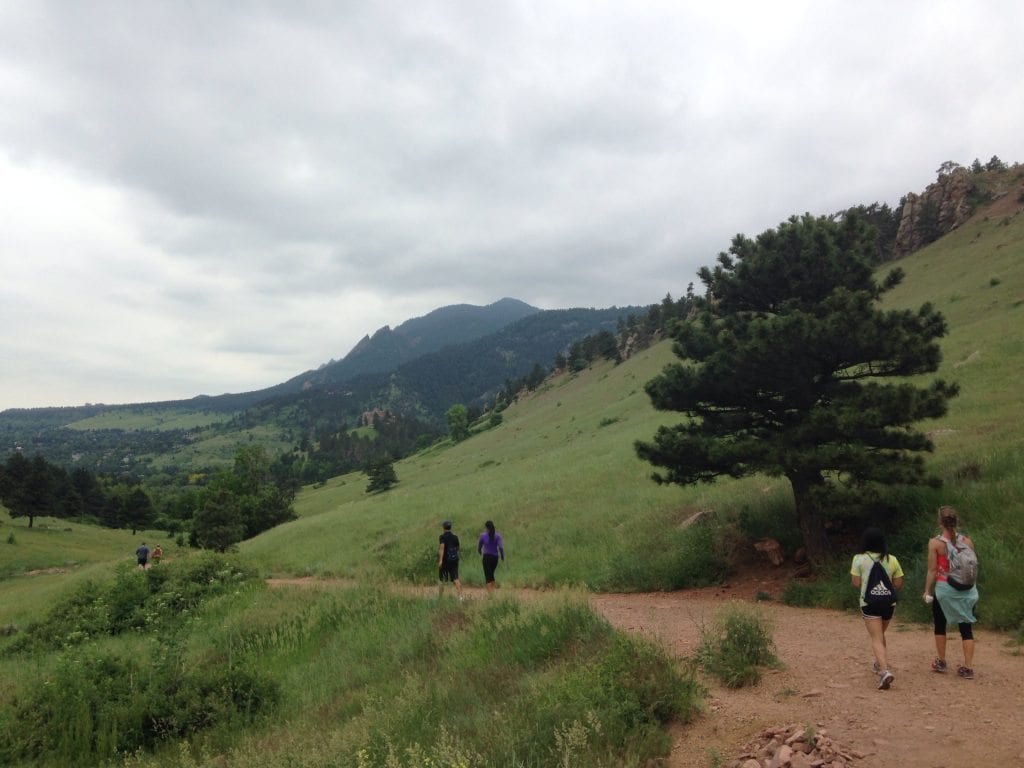 You can start on the easygoing path or choose to hike the harder path first, because all the trails loop together. The trail through the grassy valley gives you a spectacular vista of the flatirons and also gives people a good look at the flood damage in the area. Sanitas got hit pretty badly by the floods last October, and while the trails are almost completely fixed, there is still a noticeable amount of damage that you can see in the area. Scattered rocks and overturned trees can be seen at the sidelines of the trail, but they add a nice scenic touch to it. It’s interesting looking at the flood’s effects on nearby areas, and this is a great place to observe exactly that. 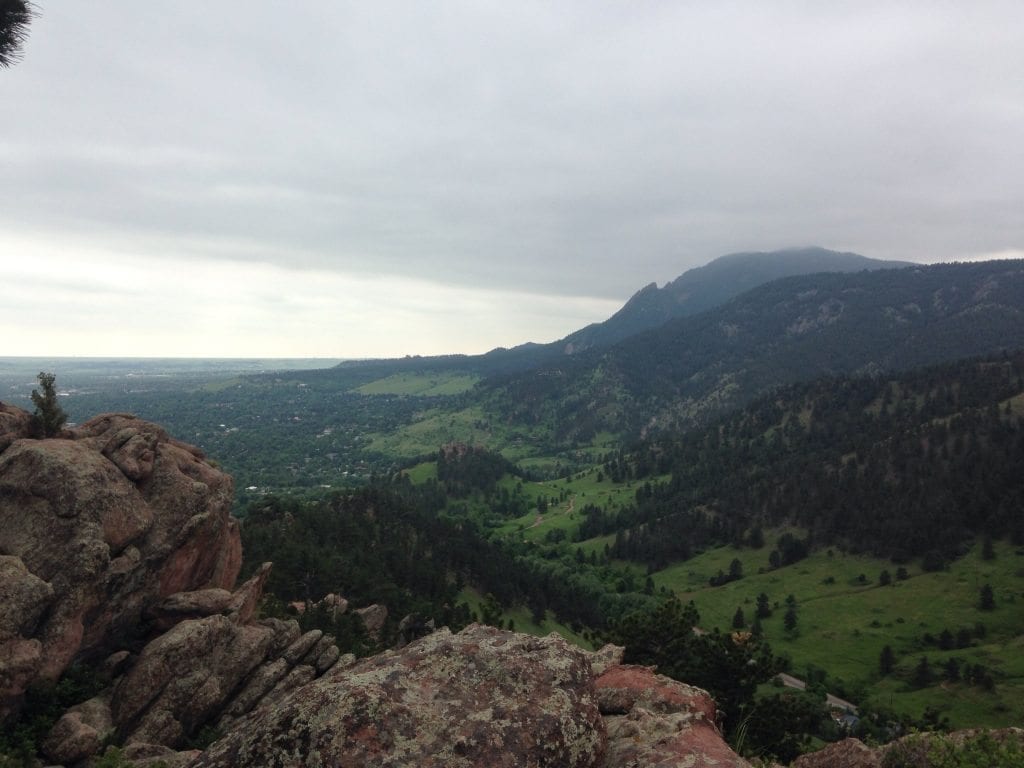 If you decide to embark on the steeper trail, the views that you get along it will reward you for your physical exertion. You get incredible views of the city and the mountains, and you feel like you’re almost close enough to the sky to high-five Zeus. The trail also has a lot of “false peaks,” so on your first hike up Sanitas, it feels like the trail never ends. “False peaks” are essentially hills or peaks that seem like the top of your trail, but once you reach the top of these particular hills or peaks, you realize that there’s still plenty of trail to hike until you reach the official trail finale. Mt. Sanitas has a habit of giving people this false hope, and you will likely think you’re reaching the top about three times before you actually get to the peak.

But what a peak it is.

This is the panoramic view you get once you reach the top of Mt. Sanitas. It’s immensely satisfying looking at Boulder‘s seemingly tiny buildings from the top of a towering mountain.

If you haven’t already seen Mt. Sanitas, I would recommend it highly. Its setting gives you a little mix of everything that Boulder trails have to offer, including both incredible scenery and breathtaking views. The official Sanitas trailhead can be found just half a mile west of 4th Street on Mapleton Avenue.