In the words of the great philosophers, Salt-N-Pepa, let’s talk about sex…

Sex is, and should be, fun. If it isn’t <insert PSA>, GET OUT—and I mean right now. It doesn’t change; things will stay bad—get out. Sex is and should be fun, respectful, not painful. It can be adventurous, playful, passionate, and even funny at times, but above all, a good time. And outside of adding life to your years, sex can add years to your life. It’s good for you!

Communicate with your partner. Tell them what works for you and what doesn’t. If you are in a healthy relationship, your partner won’t mind you saying, “Um, yeah, please don’t stick your finger in my ear—that doesn’t do it for me.” Your partner will want to please you, and please you in such a way that you like. So speak up, have fun and explore each other now with the little bit of knowledge that there’s some science and improved health involved, too. Who doesn’t like a good experiment? 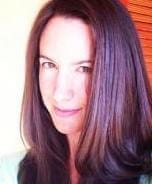