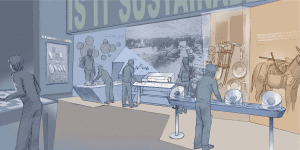 Hello my fellow Boulderites and beyond. I have some pretty exciting news for you!  As you may know, the upcoming election will bring ballot measure 2A to us. This measure has everything to do with the Boulder History Museum’s revival and a new space created for us and our kids, to explore what Boulder is all about and offers us. Is it a new short-term – 3 year – tax that supports Boulder’s Cultural Master Plan. 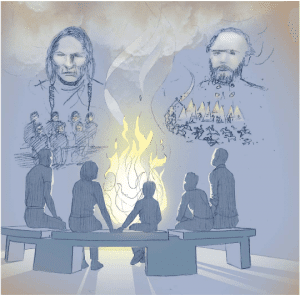 This is very exciting to me because the new building includes not only the Boulder History Museum, but also a History Role Playing and Tinkering space, a Maker Space, a ‘Pushing Boundaries’ space, a Children’s Discovery area, Farm to Table area, and a new rooftop Deck to look out at our amazing Flatirons and take in the Boulder view. 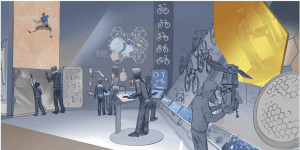 Below is a quick summery of 2A that I copied from http://2aforboulder.org/media/BallotMeasure2AFAQs.pdf

What is Ballot Measure 2A?The ballot measure will provide sales tax funding of several worthwhile projects that could not otherwise be completed quickly or without other support. They include:

These projects met its criteria for cultural improvement, safety enhancement, and timely completion. 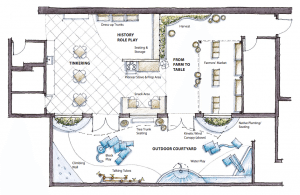 If Ballot Measure 2A passes, sales taxes in Boulder will temporarily increase by 0.3 percent. In other words, a $10 purchase will cost an extra 3 cents, a $100 purchase will cost an extra 30 cents. The tax will be for three years. The temporary tax will begin on January 1, 2015, and will automatically end on December 31, 2017. The tax will be imposed on any good purchased within the Boulder City limits that is subject to sales tax; however, many items, like groceries, are exempt. The Boulder City Finance Director estimates that about half of the sales taxes collected in Boulder are actually paid by visitors who don’t live here. The Boulder City Finance Director estimates that the annual cost of the tax for a household in Boulder with a median income will be $53. The tax is temporary and will be paid only for the three years of 2015, 2016, and 2017, then will automatically expire.

If Ballot Measure 2A passes, Boulder’s sales tax will still be less than nearby cities with large retail establishments, like Broomfield and Westminster. In addition, several surrounding communities also have sales tax increases on their respective November ballots and Boulder is expected to remain competitive on sales taxes, particularly if some of the other sales tax measures pass.

City Ballot Measure 2A is the only tax increase proposed for the City of Boulder. It is a temporary sales tax, automatically expiring in three years, providing more than $27 million in funding for several projects expanding Boulder’s cultural environment and increasing safety Downtown and on University Hill. Boulder County and BVSD are proposing different taxes, which you can learn more about by going to their respective websites. Each of the taxes will be voted on separately and you can vote yes on less than all.

Where do I go to learn more? 2AforBoulder.org