Merry Christmas Boulder! It’s a few days before Christmas now and I’m sure all of you have gotten your gifts in order and mailed. I’ve noticed driving around town that things are changing, long time businesses are closing doors, and a newer Boulder is being born. Did you know that Eads Smokeshop, formerly on the corner of Canyon and 28th , a business that had been in Boulder 100 years, closed sometime this last year, and the hotel behind it, also

the Eldora shop behind it. Granted, no one smokes here anymore, at least not tobacco, and I can’t even remember the name of the hotel, but all the same, there is an empty space on the corner there, and it looks as if Boulder is about to birth a new baby building. 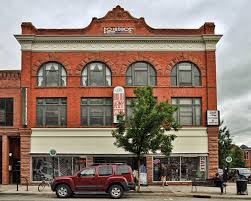 he most recent loss of longtime Boulder business is the Boulder Army Store at 16th and Pearl. Wow, 45 years in Boulder. It was started in 1948  probably due to the amount of military gear and camping gear that was available after the second world war. I remember going there on my first trip here in 1990, almost 25 years ago. I love that store, so sad to see it go. The Boulder Chamber of Commerce referred to it as an institution. 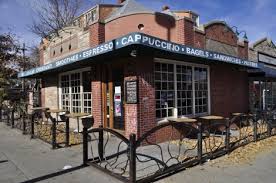 Then there are the long time Hill shops like Espresso Roma, that operated on the Hill for 25 years and gave my son a place to go and learn chess. So many of his friends grew up going there, and all so sad about it’s departure. Mamacita’s spent 21 years on the hill serving margaritas to the masses of college students and parents. Also, Café Food here since the 1970s closed on November 23rd, and the Boulder Café at 1247 Pearl, here since 1991, will close in June.  I guess the Boulder Outlook Hotel isn’t going away, just getting remodeled, whew. Looked scary over there the other day. 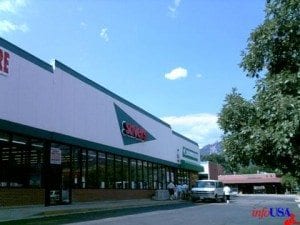 In South Boulder, my favorite second hand store Savers closed quickly without much as an announced sale before moving out of 695 S. Broadway. Also taking the long time Laundromat/ cleaners, and the Dollar Store with it. Saver’s has been there since 1997 and has provided probably about 1/3 of my closet and my kids dress up clothes and costumes. So sad to see this shop go. And where else could it afford to go in Boulder? Maybe Walmart will leave and it can move in there ; )

And the Boulder Camera Building, wow, it is gone too, literally gone. There are so many huge holes around Boulder right now, and I’m not recognizing the town I’ve known for so long. Also, a sad goodbye to Go Lite, not here for long, but homegrown Boulder company that went big, and now is going away.

I’m sure I missed some places, and would love to hear from you, Boulder consumers, what shop has closed and how you miss it. For now, I wish them farewell with small tears of loosing yesteryear for a new Boulder of tomorrow.