Home › Blog › History of Boulder › Have your tears dried up yet? History of a Swing State

Have your tears dried up yet? History of a Swing State

Many of us in liberal Boulder ranted on Facebook and cursed the election gods when we received the results of Tuesday’s election. Many pondered if the new marijuana laws allowed to much complacency in the electorate. Some pondered if anyone actually voted. They were wrong as 90% of Boulder County voters actually voted in the midterm elections. What is true about this last election, is that Colorado is a swing state. I believe most folks in Colorado are generally Libertarians, and they swing to the left or the right depending on the issues of the day and effectiveness of campaigns. But, generally, the balance of power is shared. 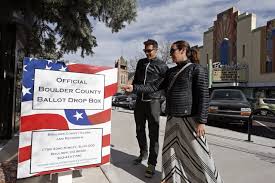 For example, in the Senate race over the last 25 years or so, we have had 4 wins by the Democrats, and 4 wins by the Republican, and get this, Ben Nighthorse Campbell won in 1992 as a Democrat, and then again in 1998 as a Republican. So even candidates in a swing state can swing! Also, look at the percentage. Every year it’s a pretty close race. 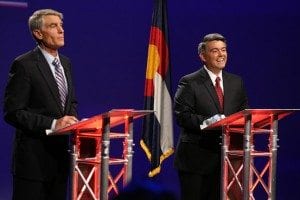 We’ve been fortunate to have Democratic governors for most of the last 25 years, as early as 1910, and the only time a non-democrat or republican was elected was in 1892 when Davis H Waite of the Populist party one the election. Other third parties have tried, and made big progress in Colorado.

Looking on the bright side, we didn’t get GMO labeling passed, but we did get recreational marijuana in the last election. It seems that liberals can’t always get what they want, and that encourages us to push forward. 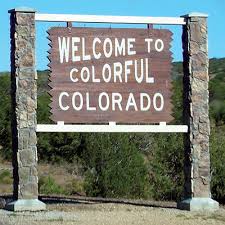 So like the weather in Colorado, wait 15 minutes and things will change. Colorado has been trending Democratic more than Republican, and even the Republicans often join in on Liberal agenda items that can go both ways. Boulder, it seems, like Denver, will be the democratic stronghold. So please, and thank you for voting.