A Man of Focus 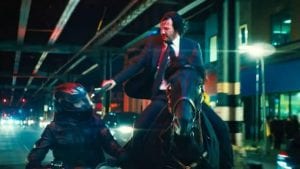 Let’s begin with something that’s indisputable. On April 1, 2009, Alfonso Hernandez and Michael Edmonds thought it would be funny to shoot a dog dead. Why? All cruelty has ever needed to flourish is an opportunity. In this case, Hernandez and Edmonds saw a yellow Labrador puppy outside a home. They shot the dog with a .357 Magnum pistol, then stood over her body, laughing.

In addition to being evil, this was a seriously dumb move. The puppy’s name was Dasy. Her guardian was Marcus Luttrell, a SEAL team member awarded the Navy Cross for heroism in combat while serving in Afghanistan. He was the only survivor of a particularly vicious firefight. Dasy was given to Luttrell to help with the healing process. Her name is an acronym for the names of the men Luttrell served alongside.

Armed with a pistol, Luttrell snuck up on Hernandez and Edmonds. He took aim. They saw him, hopped in their car, and fled. Undeterred, Luttrell pursued them in his pickup. Across three counties. For 40 miles at speeds approaching 100 miles per hour. During the chase, Luttrell was on the phone with a 911 operator, and he was quoted as saying, “You need to get someone out here because if I catch them, I’m going to kill them.”*

Does that sound a little familiar? This is how myths are born. A real event happens. A storyteller takes the core event and runs with it. Yet a great deal of our modern mythology is found in movies, and it doesn’t all have to do with the Avengers. One of the latest additions to American film mythology, 2014’s John Wick, told the story of a grieving widower who received a preposterously cute puppy as the last gift from his wife. Assorted scumbags kill the puppy and take the widower’s car. Did I mention that the widower is a legendarily lethal assassin? The film wasn’t just a hit—it cemented itself as a benchmark, a necessary addition to action cinema. Now, the maybe-or-maybe-not conclusion of the trilogy, John Wick: Chapter 3 – Parabellum, has arrived. Holy hell, has it ever.

All three films are tightly plotted together, and in order to understand what the heck has happened, you need to either have seen the preceding two films or read this handy recap. 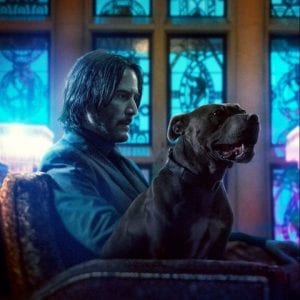 In the first film, Wick (Keanu Reeves) was able to get revenge for the death of his puppy Daisy by killing a lot of bad people. When John Wick: Chapter Two gets going, Wick is immediately dealing with the theft of his car. He’s also reluctantly drawn into a plot by Santino (Riccardo Scamarcio), a crook with dreams of ascending to the High Table, the ruling council of a global criminal syndicate. Things went sideways. Wick ended up killing the hell out of Santino. Unfortunately, he did this at The Continental, a hotel for assassins and safe ground. “Conducting business” is a no-no at The Continental, and Wick conducted business extremely enthusiastically.

So, does Wick get a slap on the wrist and a stern lecture from Winston (Ian McShane), the manager of The Continental? He does not. Instead, Wick has been declared excommunicado. There’s a $14 million price on his head, and every killer is crawling out of the woodwork just to take their shot.** This is where Chapter Three begins. Wick is a pretty sharp cookie, and he has both a short-term and long-term plan.

The short-term plan is to brutally kill anyone who comes after him, and he does so hilariously at the New York Public Library. The long-term plan is to head for Casablanca, track down The Elder—the head of the High Table, and make amends. To do that, he’ll need to first ask The Director (Anjelica Huston) for help getting him out of the United States. Next, he’ll need to find Sofia (Halle Berry), a disgruntled former associate, and ask for her help. Sounds like a cakewalk, right?

While all of Wick’s globetrotting and head smashing is going on, the High Table is making its own moves. They have sent out The Adjudicator (Asia Kate Dillon) to punish everyone involved with helping Wick in the past. Both Winston and The Bowery King (Laurence Fishburne) are informed they have seven days to relinquish control of their empires. The Adjudicator has the muscle to enforce this, as she’s brought along Zero (Mark Dacascos), a sushi chef/ninja who’s also a massive fan and rival of John Wick.

These days, action/adventure movies can be broadly separated into two categories. The first is FX heavy, consisting of your MCU and Star Wars films. By utilizing CGI, filmmakers can bring us everything from Daisy Ridley jumping over a TIE fighter to Josh Brolin throwing a moon at Robert Downey Jr. There’s an artistry to CGI that, when utilized by the right people, the results can be spectacular. Equally spectacular is the second category, films that lean hard into stunt choreography. These films are like a dance, requiring intense precision and training. 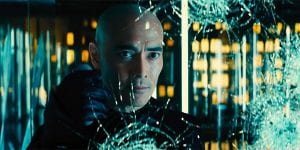 John Wick: Chapter 3 is directed by Chad Stahelski, one of the most talented and innovative stunt professionals working today. Watch how he shoots action sequences. Instead of dizzying edits, we can see long takes and appreciate the extensive training his cast and crew went through. His decades of experience brought us well-shot and innovative action scenes involving gunplay, knife fights, horse-fu, motorcycle chases, death by book, and a dog running up a wall to maul a luckless henchman.*** There is an exhausting amount of action here. Stahelski has also made a genuinely gorgeous-looking film. He’s got a knack for arresting imagery, everything from neon reflected in rainy streets to golden sand dunes. It all comes together to feel operatic, bigger than a regular action movie. I loved it, and my only criticism with his direction is that the pacing occasionally feels a little sluggish.

Returning writer Derek Kolstad, along with co-writers Shay Hatten, Chris Collins, and Marc Abrams, have delivered unto us a good news/bad news scenario. The good news is that Parabellum very nearly hits the sweet spot between the intensity of the first film and the fascinating world-building of the second. We learn more about the Continental, the High Table, and even a little of the origins of Wick himself. The script also feels like a meditation on fame and how it feels. Everywhere Wick goes, people recognize him and want a piece of him, and in the end, he just wants people to leave him the hell alone so he can grieve for his wife and play with his dog.

The bad news is that as much as we learn more about the world of John Wick, we don’t learn as much about how Wick and the other characters feel about it. During the first film, Keanu Reeves digs into a meaty performance—one of the best of his career. Ever had a loved one pass away, and while you’re trying to deal with their loss, the world keeps intruding? That’s what the first film is really about—a genuinely evil man who’s given a possibly unearned chance to redeem himself, and how that redemption falls apart. At this point in the series, so much has been taken away from John Wick. If an action scene had been trimmed and a bit more time had been devoted to emotional combat, we might have had a film that delivered an even bigger impact. 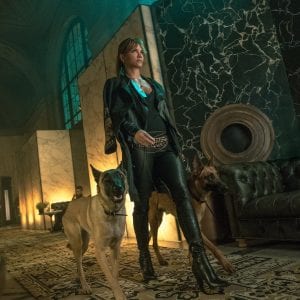 There’s never a moment with the cast where I was disappointed. Laurence Fishburne’s booming hamminess. Ian McShane’s worn-out elegance. Mark Dacascos’ nerdy enthusiasm. It’s all delightful. Anjelica Huston shows up for a minute as the sly head of a school for killers, and improv legend Jason Mantzoukas even appears briefly. I thoroughly enjoyed Halle Berry as Sofia, and she’s able to bring something real to a role that was a little smaller than I would have liked. Despite having won an Academy Award, I think Berry has never quite gotten the respect she deserves as a performer. Here, she’s put in serious tactical training, dog training, and on top of all that, she delivers an emotionally touching moment.

If the John Wick franchise is an ever-expanding wheel of bizarre rituals and crazy characters, Keanu Reeves is the still center. I’d love to get a look at the script, as I suspect he has no more than 200 lines of dialogue. It’s unfortunate that the kind of acting that Reeves is doing here will go largely unappreciated. Other actors would be tempted to go big. Reeves keeps things locked down, and his legendary blankness is actually a mask of professionalism hiding a grieving man in search of a little order. Consider an early scene located at the library. Wick has gone there to retrieve some necessary supplies hidden in a book, along with a photo of his wife. An assassin takes a shot at him. They fight, and Wick uses the book as a viciously effective weapon. Once the combat has finished, Wick takes the time to put the book back exactly where it goes. That moment tells you everything you need to know, and Reeves sells it perfectly.

Is the character of John Wick really based on Marcus Luttrell and the horrific night of April 1, 2009? I don’t know. While I’ve read in some places that he was an inspiration, I suspect it doesn’t really matter. What matters in a myth isn’t necessarily its origins. Strip away the guns, blades, and mayhem, and John Wick: Chapter 3 – Parabellum feels like an opera, myth, or folk tale. Heightened themes, a story told through violence, and a man forced to confront what he truly is.

*As a fast side note, Hernandez and Edmonds both pled guilty to animal cruelty. Hernandez got two years in state prison with a $1000 fine. They went a little easier on Edmonds, as he testified against his buddy and was sentenced to five years of felony probation.

**One of my favorite things about this franchise is the idea that New York alone is home to something like 600,000 professional killers. Think about that next time you stiff your server on the tip.

***This may look like a CGI pooch, but trust me when I tell you it ain’t. Click here to learn more about the stunt and the Very Good Boy who handled it.