Home › Blog › Artist Spotlight: The Many Artforms of Nate Ragolia

Artist Spotlight: The Many Artforms of Nate Ragolia 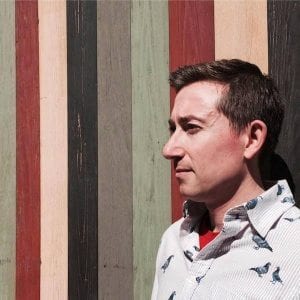 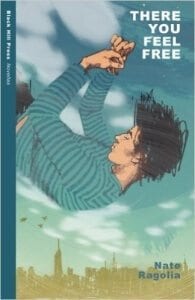 Today I’d like to introduce you to the work of Nate Ragolia.

Nate graduated from the University of Colorado, Boulder, in 2004 with a degree in Creative Writing, and since then he’s been quite busy creating new stories, comics, and editing an online journal. Of course I’m only naming a few of the many artistic hats Nate wears everyday.

In 2015, Black Hills Press published Nate’s first collection of short stories, There You Feel Free, about young people (one could say hipsters) battling disillusionment, ultimately finding love and themselves. The stories all meet and converge through a contemporary rewrite of T.S. Eliot’s The Waste Land via endnotes. The book, even though it’s his first, has been met with high praises. I expect future projects will be received similarly.

Nate’s willingness to hybridize a classic poem by engaging it with modern fiction got me thinking about storytelling and its many shapes stories assume. According to Nate, “For me, storytelling is both an exploration of self and a kind of dabbling in magic. In everything I write, regardless of genre, medium, etc., I’m hopefully discovering something more truthful about myself or about humanity. That doesn’t always work, but I think the hunger for knowledge is what keeps me going.”

Along with writing manuscripts, Nate is also the Editor-in-Chief of the online literary magazine, Boned, an online journal of skeletal fiction. Boned is a magazine on a mission to curate the best short stories, poems, and scripts all revolving around themes of skeletons. Boned is a living, breathing project and I’m excited to see what new and mined forms it elevates. For example, Nate is currently performing voice over work for the post “Journal of the Fighting Phantasm” that plays on the idea of old radio serials.

I’m told the magazine is always looking for submissions, so if you’ve got one, you can send it in here.

Did I mention he also publishes webcomics? Recently Nate retired The Illiterate Badger, a webcomic about a badger, a robot, a talking flower, and a cast of other odd characters who talk about everything from pop culture to politics. He began writing the series in 2009 and it’s loads of fun. Since 2013 Nate has been working on a new series, The Right Corking Adventures of Cecil Larkbunting & Alastair Wakerobin, about two British birds.

What impresses me most about Nate’s work is his fearless approach to form. Whether he’s writing short stories after T.S. Eliot, some of which appear in verse, illustrating and writing comics, or experimenting with narrative voice for his magazine, it seems few forms—if any—are off the table when it comes to his work. When asked what compels him to do what he does, he quoted Picasso, “Inspiration exists, but it has to find you working.”

I hope Nate keeps working and I’m excited to see what the future holds for him as an artist (and all around nice dude btw). If you’re interested in reading further, you can check out his website here. You can also sign up to receive updates about his work. I hear he has a couple of new manuscripts out there floating around somewhere in the literary ether just waiting to be turned into a shiny, new reading experience.