Last month, Starbucks began serving flat whites. The espresso based drink originated in Australia and is widely popular there and in New Zealand. Over the past few years flat whites have garnered a decent-size following here in the States, thanks to Australians ordering them at obliging third wave coffee shops. Starbucks adding flat whites to their menu may be an attempt to court a more sophisticated clientele. But flat whites are tricky drinks generally ordered by picky customers. It seems like Starbucks is trying to serve a cup it really can’t handle pouring.

So what is a flat white? Well that’s a really good question—one that I often discussed during my barista days. It’s something in between a latte and a cappuccino; it has less milk than a latte but it also lacks the airy foam of a traditional cappuccino. The reason it’s a tricky drink to define and make in America is because cappuccinos themselves aren’t uniformly crafted here. Most third wave coffee shops make “wet” or Northwest-style cappuccinos, which have similar milk textures to lattes and don’t have the traditional Italian-style foam cap on top. Ristretto espresso shots are also key factors in making a flat white. These are shorter, denser, and stronger tasting shots than Starbucks generally pulls but they’re pretty standard in artisanal coffee shops. So in my personal coffee world, a flat white is basically a cappuccino. 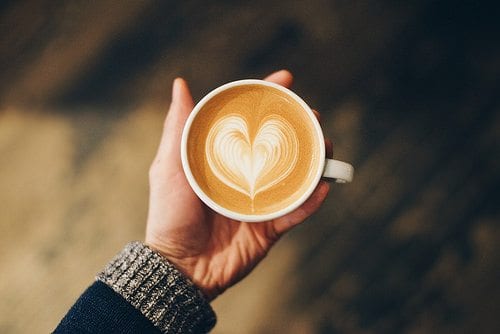 Despite my relaxed attitude, flat white loving Australians do take their coffee seriously and I admire their passion. The coffee scene is huge in Australia, where they love to support their local and independent cafés. Starbucks is actually unpopular in Australia! I know, it’s strange/exciting to hear that there’s a place where Starbucks doesn’t reign supreme but the coffee giant has actually lost millions of dollars in their Aussie market. The savvy coffee drinkers Down Under just aren’t impressed by what Starbucks has to offer. This may be why Starbucks has added flat whites to their menu, not just here in the U.S. but also internationally. Still, it’s odd to see flat whites listed on their menu here when most American third wave coffee shops haven’t even bothered adopting the Australian lingo/drink. When I was a barista, I always served cappuccinos when a customer ordered a flat white. As long as tasty espresso shots were pulled and velvety smooth milk was poured (in a smaller cup than used for lattes), all my flat white customers seemed pretty happy. Any arguments would be over semantics.

And that’s my only issue with Starbucks’ flat white campaign—semantics. Inadvertently, they are going to standardize the definition of a drink they’re not actually equipped to serve, which will ironically only further confuse the average coffee drinker’s vocabulary and comprehension. Starbucks is the fast food of coffee and flat whites need more time and energy to make than they can handle. Flat whites need ristretto shots and velvety textured steamed milk, which are both things that require a good manual espresso machine and specifically trained baristas. I have a lot of respect for Starbucks baristas—who you should always tip!—but it’s baffling that they’re being forced to churn out an item that goes against Starbucks’ homogenized drink culture. It’s cute that Starbucks is branching out but couldn’t they do it with a less particular drink? If the flat white stays on their menu it won’t actually change their culture, it’ll just make the term “flat white” more contentious in other coffee shops around the country. Starbucks has been confusing coffee drinkers about macchiatos for years and this flat white business will likely have the same effect. In the sometimes excessively subjective realm of coffee diction, you’d think Starbucks would give us a break. Or at least get over the fact that Aussies don’t like them.