I’m volunteering as an aide this weekend at the Shambhala Center for Shambhala Training Level 2 – Birth of the Warrior. The director opened her evening talk asking us what we remembered from Level 1 – The Art of Being Human. Sitting in the same room I sat in thirteen years ago, I felt the years rush by, and back finding myself sitting on a pillow, feeling very squirmy and trying to follow my breath. What a wonderful gift I gave my younger self! 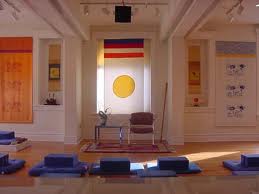 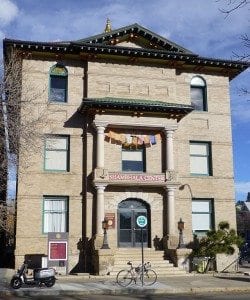 For those of you who don’t know about the Boulder Buddhist community who practice at the Shambhala Center, it is actually a pretty major part of Boulder culture.

Shambhala Buddhism derives from the teachings of Chögyam Trungpa, who brought the teachings to the west from Tibet after the Chinese invasion. The core concept is  “there is a natural source of radiance and brilliance in the world, which is the innate wakefulness of human beings.” The Shambhala vision applies to people of any faith, not just people who believe in Buddhism. I won’t go into more than this of the philosophy, but now you know where it is if it interests you.

I will say that this community has a longstanding historical connection with Boulder and is a part of the reason Boulder is the way it is today. It is the parent of Naropa University, and has been a part of the Boulder community since 1976 (is anyone seeing a trend here?).  The building is an amazing space. Located at 1345 Spruce Street, Boulder, CO 80302, it is just off of the Pearl Street Mall and right across from the Boulder Theater. The Center resides in the Physician’s Building built in 1905 and is a contributing site in the Boulder Downtown Historic District, as well as being eligible for the National Register.

The building was designed by Boulder architects Wright and Saunders, and was constructed especially for the accommodation of physicians.

It has housed dental offices, an insurance company, and there was once space for the Republican Party on the third floor. The Boulder Shambhala community bought the building in 1976 and renamed it Dorje Dzong, which means Indestructible Fortress in Tibetan. The Shambhala Center is a welcoming transformed space full of quiet spaces to quiet your mind. They offer free meditation teaching, as well as open meditation times and classes at very reasonable costs. Check them out at http://boulder.shambhala.org/ 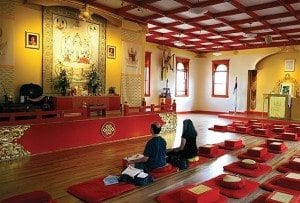