Party like it’s 1989 – or 2015. The idea is to explore party themes past the typical ugly sweater and commit to throwing an out-of-this-world soirée. My inspiration behind the idea for this blog were two things: One, my roommates and my idea of throwing an all out, combined birthday party for all three of us. This idea quickly escalated into a birthday/sexy santa christmas party – and two, the W Magazine photoshoot that featured a cast of VIP party animals, including Miley Cyrus, Emily Ratajkowski and Stella Maxwell. Being a college student, I’ve dreamed of hosting a fantastic party but have always either chickened out in fear of guests not partaking or surrendered my creativity to the typical and over used party themes. 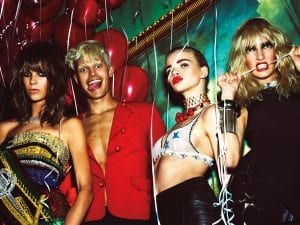 CU has always shined bright because of its party wrap. Now though, CU administration including President Benson are working tirelessly to change that reputation. What the administration doesn’t want to accept is that CU’s party rep is part of the reason that students attend this university over any other. We work hard and we play hard, and this combination is what draws (has draw and will continue to draw) present, past and futures students into becoming a buff. 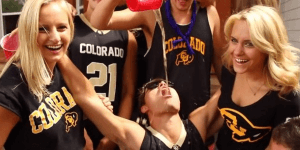