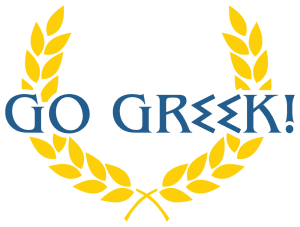 Every year thousands of students, both male and female sign up to go through the rigorous and very exhausting process of recruitment due to the fact that Greek life is a big part of our campus. For sororities, the process takes five days to assure that every new member is selected for the house that they are the best fit for. Each morning, the first “party” starts around 9 am and lasts until around 10 pm or later (depending on how long it takes for girls to vote on new members, and for new members to vote on which house they liked best). There is a great deal of time spent getting to know each other which is the most exhausting part. The first three days are held over the weekend to not interfere with class because those are the most extensive days. The next two days are in the evening at a time where it is less likely to be during class. Each day, the PNM’s (potential new members) are grouped off and taken to every house by a leader called a Rho Gamma. She is in charge of helping her group of PNM’s, along with the house, to stay organized and to make each party happen on time which is crucial for the flow of the rest of the day. From there the girls are taken into the house one by one to talk about anything and everything with one of the members. Without going into too much detail, once everyone is talking for a couple of minutes, the PNM’s are moved into a specific room to watch “entertainment,” which consists of all of the existing members lining the walls to chant, cheer and essentially scream at the PNM’s. This part is totally obnoxious but fun at the same time and it is what makes recruitment so memorable. The same steps are repeated for every party but with each new day, the process changes.

Rushing for a fraternity is a little more relaxed. Guys get to choose which house they want to go to instead of having to go to all of them in one day. The guys that are already in a frat have the power to give out an early bid to someone if they really liked him instead of waiting until the end of the recruitment period. However, though the process may be more relaxed, the guys have to go through pretty brutal hazing before they can even join the frat. I am a member of Kappa Alpha Theta and I would definitely take our intense recruitment process over the hazing the guys have to go through any day.

Lily Lemire
Lily is a senior at the University of Colorado at Boulder and will be graduating with a Bachelor of Arts in Film Studies along with a certificate in Business. She is originally from Scarborough, Maine, but decided to venture to Colorado for it's beauty and to get back in touch with her birth place which is Boulder. She is a Film Studies major because she is very interested in the behind the scenes of what goes into making a film. Not only that, but her favourite hobby in the world is to watch movies. She recently went abroad to Sydney, Australia to get a taste of a different culture. While being there, she learned to not take life too seriously, and to slow things down. The Australian lifestyle can really teach a person how to be chill. You can find Lily at the movies, hanging on Pearl Street having a beer with friends, or at the breathtaking lookout of Flagstaff enjoying the view.
See More Articles From Lily Lemire
Tagged: boulderCUFraternitiesGoGREEKGreeklifeSororities